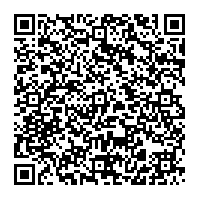 (EBRD) in the Eastern European business of WAZ.

The strategic objective of such partnership in which EBRD shall invest up to Euro 40 mio., is, in particular, the further development of the politically and economically independent media within the Eastern European market. This applies to traditional media as well as the internet which shall significantly contribute to the promotion of the economy in Middle and Eastern Europe through mobile services and online-based companies. WAZ Mediengruppe views this as one of its strategic focuses and plans further expansions into this market.

The transaction signifies another big success for the Practice Group M&A team headed by Dr. Sacher who has provided comprehensive advice to WAZ for many years. Sacher is highly satisfied with the results achieved: "Strategically and economically this is a very special deal which we completed successfully together with our international partners."

Being one of the most important European media companies WAZ Mediengruppe owns an extremely diversified media portfolio in South East and Eastern Europe with 37 daily and weekly periodical titles as well as 59 journal titles, printing plants, retailers, radio- and television networks as well as television productions and internet platforms in eight countries.

EBRD was formed in 1991. Its purpose is to foster the transition to an open market economy and to encourage private and entrepreneurial initiative in the Central and Eastern European countries and the Commonwealth of Independent States (CIS).