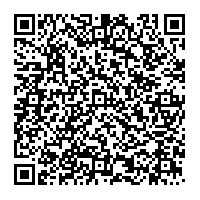 Business figures for the first six months of 2017: With strong growth and extraordinary profitability Basler continues its road of success


BASLER AG, the leading global manufacturer of industrial cameras, is presenting today final figures for the first six months of 2017.

"In a very dynamic market environment, Basler AG closed the first half-year of 2017 with new record values in incoming orders and sales. For the first six months of 2017, the VDMA (Verband Deutscher Maschinen- und Anlagenbau, German engineering association) reported the strongest growth for image processing components since 15 years. For German manufacturers of image processing components this meant an order growth by 47 % and a sales growth by 43 % - in the same period Basler's incoming orders grew by 100 % and sales by 62 %. With these tailwinds we are very well prepared for the second half-year of 2017 and will continue to forge ahead with our growth strategy. Regarding the market situation, after a very dynamic start of the year, we expect a slowdown in the second half-year that can already be seen in our incoming orders", says Hardy Mehl, CFO.

The full three-month report 2017 can be seen on the company's website (www.baslerweb.com).

Basler is a leading global manufacturer of digital cameras for industrial applications, medical devices, and traffic systems. Product designs are driven by industry requirements and offer easy integration, compact size, excellent image quality, and a very strong price/performance ratio. Basler has more than 25 years of experience in vision technologies. The company employs 500 people at its headquarters in Ahrensburg, Germany, as well as in international subsidiaries and offices in Europe, Asia, and the Americas.

Recommend Business figures for the first six months of 2017: With strong growth and extraordinary profitability Basler continues its road of success press release