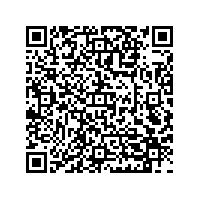 BASLER AG, one of the leading global manufacturers of industrial cameras, is presenting today final figures for the first three months of 2013.

Given these results, Basler AG got off to a good start in fiscal year 2013 and is currently ahead of previously budgeted plans.

"The transformation of Basler AG began in 2009 and was completed at the end of 2012 towards a pure camera manufacturer; from now on the growth and profitability of the Basler group will only be determined by its core business with industrial cameras. The good results of the first quarter confirm our planning according to which we will generate profitable growth on group level in 2013 for the first time in several years", said Dietmar Ley, chairman of the management board.

In view of the continuing uncertainties in the markets and the resulting economic risks, for the time being the management board is maintaining its sales and profit forecast for fiscal year 2013, despite the first quarter results that were better than expected . The sales will accordingly be within a corridor between Euro 60 million and Euro 63 million and the pre-tax margin will be between 8 and 10 %.

Basler is a leading developer and manufacturer of high grade digital cameras for applications in industry, video surveillance, medicine, and traffic. Product development is driven by industry requirements. The cameras provide easy integration, compact sizes, and an outstanding price/performance ratio. Basler has more than 25 years of experience in image processing and has been developing and producing high grade digital cameras for 15 years. The company employs approximately 350 employees in its headquarters in Ahrensburg, Germany, and in the subsidiaries in the USA, Singapore, Taiwan, and Korea.