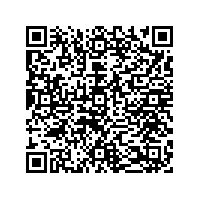 The second quarter was successful and better than expected for Basler AG. Incoming orders and sales were distinctly above the previous year's and the previous quarter's figures. The pretax earnings turned out solidly positive. We made further progress in streamlining our product portfolio by sellling our product line for the inspection of solar wafers. The pretax return of more than 12 %, reached in the reporting period, clearly shows that the strategic focusing that was started in 2009 is proceeding successfully.

The group's sales amounted to € 13.3 million in the second quarter which is 64.3 % above the previous year's figure of € 8.1 million. In the second quarter of 2010, Basler achieved a result before taxes (EBT) for the group of € 1.7 million. This corresponds to an increase by € 6.6 million above the previous year's value of € -4.9 million that was strongly influenced by special items. The earnings before interest and taxes (EBIT) for the "Components" business segment amounted to € 3.2 million (previous year: € 0.4 million, € +2.8 million). The "Solutions" business segment reached an EBIT amounting to € -0.1 million (previous year: € -3.6 million, € +3.5 million). At a pretax return of 13 %, Basler AG reached the zone of a return of >10 % in the second quarter of 2010, as desired by the Management Board for the medium term.

Basler AG realized sales in the second quarter of 2010 in the "Components" business segment, amounting to € 10.7 million. The revenue from digital cameras for industry and for video surveillance increased in the reporting period by 91 % (previous year: € 5.6 million), marking a new record level. Due to decreased production costs and positive exchange rate effects the gross margin also developed positively. With the business segment's earnings before interest and taxes in the second quarter of € 3.2 million (previous year: € 0.4 million, € +2.8 million) the business segment demonstrated its solid profitability. At € 13.3 million, incoming orders reached a new record level, surpassing the recordsetting preceding quarter. Incoming orders increased by 117 % in the reporting period, compared to the previous year's value of € 6.1 million.

We recorded sales revenues in the second quarter amounting to € 2.6 million (previous year: € 2.5 million, +4 %) in the "Solutions" business segment. Accordingly, we recorded increasing sales for the first time after seven consecutive quarters with declining revenue. As announced in the quarterly report for the first quarter of 2010, the positive sales trend and a distinctly declined cost level compared to the previous year, result in improved key figures. The earnings before interest and taxes for the segment amounted to € -0.1 million and thus improved by € 3.5 million compared to the previous year (€ -3.6 million). The gross margin was still below the previous year's value due to the sales structure. Personnel expenses decreased by 26 % in absolute terms compared to the previous year. At € 4.5 million, the incoming orders were in the reporting period again on the level of the fourth quarter of 2009. This is an expression of the high demand in the LCD industry that will continue in the following quarters from today's perspective. The demand for solar thin film inspection solutions continued to be very weak in the reporting period. We sold our product line for the inspection of solar wafers to Semilab Zrt., based in Budapest, Hungary. Semilab Zrt. is a technologically leading global company in the field of measurement technology for the semiconductor and photovoltaic industry. The transfer of assets to Semilab Zrt. was concluded within the course of the reporting period.

The recovery of the general economic conditions continued in the second quarter of 2010. The economic research institutes currently expect the positive trend to continue at least until the end of the third quarter. Afterwards, risks persist for a temporary economic slowdown. In its current forecast for the German image processing industry, the German Engineering Federation (Verband Deutscher Maschinen- und Anlagenbau) assumes a growth in sales for 2010 amounting to +10 % compared to the previous year.

Basler AG clearly surpassed its own business planning in the second quarter. The main reasons were the dynamically growing components business and the improved profit situation in the solutions business. The Management Board assumes that the components business will develop positively also in the second halfyear, gaining doubledigit growth rates compared to 2009. We continue to expect approximately stable sales revenues for our solutions business compared to the previous year.

Based on the preliminary results for the second quarter and assuming a continuous business development, the Management Board increased the forecast for fiscal year 2010 on July 13, 2010, and has since been expecting sales revenues within a corridor of € 43 to 45 million (previous forecast: € 39 to 41 million; previous year: € 33.5 million) and pretax earnings not below € 3.5 million (previous forecast: > € 1.5 million; previous year: € -8.0 million).