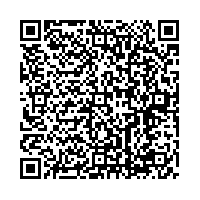 BASF’s Catalysts division is the world’s leading supplier of environmental and process catalysts. The group offers exceptional expertise in the development of technologies that protect the air we breathe, produce the fuels that power our world and ensure efficient production of a wide variety of chemicals, plastics and other products, including advanced battery materials. By leveraging our industry-leading R&D platforms, passion for innovation and deep knowledge of precious and base metals, BASF’s Catalysts division develops unique, proprietary solutions that drive customer success. Further information on BASF’s Catalysts division is available on the Internet at http://www.catalysts.basf.com.

At BASF, we create chemistry for a sustainable future. We combine economic success with environmental protection and social responsibility. The approximately 114,000 employees in the BASF Group work on contributing to the success of our customers in nearly all sectors and almost every country in the world. Our portfolio is organized into five segments: Chemicals, Performance Products, Functional Materials & Solutions, Agricultural Solutions and Oil & Gas. BASF generated sales of about €58 billion in 2016. BASF shares are traded on the stock exchanges in Frankfurt (BAS), London (BFA) and Zurich (BAS). Further information at www.basf.com.