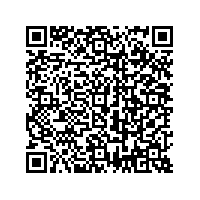 “The positive demand trend continued in the second quarter of 2017. We increased our year-on-year sales volumes for the fifth consecutive quarter. Compared with the same quarter of last year, we considerably improved our sales and earnings,” said Dr. Kurt Bock, Chairman of the Board of Executive Directors of BASF SE.

BASF Group sales rose by 12% to €16.3 billion compared with the second quarter of 2016. This was largely attributable to higher prices and volumes. Amid higher raw material costs, the company raised sales prices by 7%; this was mainly driven by higher prices in the Chemicals segment. Sales volumes increased by 3%. Currency effects had a positive impact on sales and, like portfolio effects, accounted for a 1% increase.

Income from operations (EBIT) before special items in the second quarter rose by 32% year-on-year to €2.3 billion. The sharp rise was primarily a result of the substantially improved earnings in the Chemicals and Oil & Gas segments. This increase was dampened by lower earnings in the Performance Products, Functional Materials & Solutions and Agricultural Solutions segments. The negative impact on earnings caused by the North Harbor accident at the Ludwigshafen site in October 2016 was compensated for by an insurance payment of €100 million, an amount which was predominantly booked in the Chemicals segment.

Because of the positive macroeconomic development in the first half of the year, BASF now takes a somewhat more positive overall view of the underlying conditions for 2017. The company’s expectations for the global economic environment in 2017 are as follows (previous forecast in parentheses):

“For the second half of 2017, we expect a slight increase in EBIT before special items in comparison to the same period of 2016. This forecast takes into account the good development in the Chemicals segment in the first half of 2017, which will likely lose momentum, as well as the weaker than originally expected oil price and U.S. dollar. These factors have a negative impact on BASF’s earnings,” said Bock.

Development of the segments

Sales in the Chemicals segment rose by 25% compared with the second quarter of 2016 to reach €4.0 billion. This was largely the result of significantly higher prices, especially in the Monomers division. Currency effects had a positive influence on sales, whereas volumes declined slightly. At €1.1 billion, EBIT before special items improved by €662 million compared with the second quarter of 2016, primarily through higher margins in the Monomers and
Petrochemicals divisions. Fixed costs were slightly reduced overall. Sales in the first half of the year increased by 30% to €8.2 billion. EBIT before special items increased by €1.2 billion to €2.1 billion, mainly driven by higher margins and volumes.

In the Performance Products segment, sales of €4.1 billion exceeded the previous second quarter’s level by 4% due to price increases as well as volumes growth in all divisions. Currency effects had a positive impact on sales; portfolio effects slowed sales development. Ongoing margin pressure, mostly from rising raw material prices and challenging market conditions in individual business areas, resulted in EBIT before special items declining by €107 million to €405 million. In the first half of the year, sales of €8.4 billion were 6% higher than in the prior-year period. EBIT before special items decreased by €147 million to €920 million.

Second-quarter sales in the Functional Materials & Solutions segment grew by 12% to €5.3 billion. This development was largely attributable to an increase in sales volumes, the Chemetall business acquired from Albemarle in December 2016, and higher prices. Currency effects additionally supported sales. BASF was able to boost its sales volumes to the automotive industry. EBIT before special items fell by €113 million to €422 million. The earnings increase in the Catalysts division and the contribution from the Chemetall business could only partly compensate for overall lower margins and higher fixed costs. Sales in the first half of the year rose by 15% to €10.5 billion. Compared with the same period of the previous year, EBIT before special items declined by €38 million and amounted to €953 million.

In the Agricultural Solutions segment, sales increased by 5% to €1.5 billion as compared with the previous second quarter. This was largely the result of higher volumes, especially in North America and eastern Europe, in addition to positive currency effects. Prices were slightly down versus the second quarter of 2016. Compared with the same quarter of 2016, EBIT before special items fell by €48 million to €272 million. Among other things, this was mainly the result of lower average margins brought about by a different product mix. In the first half of the year, sales increased by 4% year-on-year to €3.4 billion. EBIT before special items decreased by €106 million to €805 million.

Compared with the second quarter of 2016, the Oil & Gas segment saw considerable sales growth of 32% to €814 million, driven by increased volumes and prices. The rise in volumes came mainly from higher sales volumes of gas in addition to an offshore lifting in Libya in June. Production volumes matched prior second-quarter levels. EBIT before special items improved by €89 million to €183 million. This was largely attributable to the higher prices and sales volumes. Net income grew significantly. In the first half of the year, sales in the segment grew by 34% year-on-year to €1.6 billion. EBIT before special items rose by €193 million to €353 million.

At €476 million, sales in Other were 2% below the previous secondquarter level, as a result of lower raw materials trading. EBIT before special items rose by €61 million to minus €151 million, primarily due to valuation effects for the long-term incentive program. In the first half of the year, sales of €1.1 billion in Other were 13% higher than in the same period of the previous year. EBIT before special items improved by €30 million to minus €401 million.

This release contains forward-looking statements. These statements are based on current estimates and projections of BASF management and currently available information. They are not guarantees of future performance, involve certain risks and uncertainties that are difficult to predict, and are based upon assumptions as to future events that may not be accurate. Many factors could cause the actual results, performance or achievements of BASF to be materially different from those that may be expressed or implied by such statements. BASF does not assume any obligation to update the forward-looking statements contained in this release.

At BASF, we create chemistry for a sustainable future. We combine economic success with environmental protection and social responsibility. The approximately 114,000 employees in the BASF Group work on contributing to the success of our customers in nearly all sectors and almost every country in the world. Our portfolio is organized into five segments: Chemicals, Performance Products, Functional Materials & Solutions, Agricultural Solutions and Oil & Gas. BASF generated sales of about €58 billion in 2016. BASF shares are traded on the stock exchanges in Frankfurt (BAS), London (BFA) and Zurich (BAS). Further information at www.basf.com.