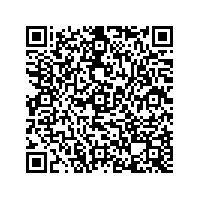 BASF is hosting a week-long program in São Paulo, Brazil, to address one of the world's most pressing future challenges: how to reduce food waste and crop losses to feed an ever-growing world population. Each year, roughly onethird of the food produced for human consumption gets lost or wasted globally - this amounts to about 1.3 billion metric tons. To identify sustainable and innovative solutions to tackle this challenge, thought leaders, scientists, industry experts, students and citizens are participating in the Creator Space™ tour stop in São Paulo. The program will take place at the Brazilian Museum of Sculpture (MuBE). It is the fourth stop of BASF's Creator Space tour - a year-long, global event series launched by BASF in its 150th anniversary year.

"As we celebrate our 150th anniversary this year, we are connecting people to make contributions which help to solve future challenges of our society. Throughout BASF's history, chemistry has proven itself to be a facilitator for new ideas and innovative solutions. This is how we live up to our corporate purpose 'We create chemistry for a sustainable future,'" said Michael Heinz, member of the Board of Executive Directors of BASF SE.

"Agriculture is one of the main foundations of the Brazilian economy. The country is the world's second largest food producer. Although Brazil was removed from the world hunger map in 2014, the country still faces problems of food waste and crop losses," said Ralph Schweens, President of BASF in South America.

During the Creator Space tour stop in São Paulo, BASF wants to identify solutions together with its stakeholders to increase sustainability in agriculture and foster food security. It is projected that by the year 2050, more than nine billion people will live on our planet.

By then, agricultural production will need to increase by 70% to feed the world's population. The reduction of food waste and crop losses is one important means to meet this challenge.

The week-long event in São Paulo includes a variety of activities with diverse groups of participants, ranging from business and academia to government, NGOs and society in general. The state and the city of São Paulo are of particular importance, as they are decisive for food production and consumption as well as the decision-making process in the country. This makes the city of São Paulo an ideal place to co-create new solutions for a sustainable agriculture. The sessions of the Creator Space tour stop in São Paulo are guided by the principles of sustainability and innovation and include the following events (selection):

- Creator Space Summit, a two-day expert summit with workshop sessions on finding solutions for logistical challenges related to the transportation of fruits and vegetables as well as on raising awareness for food consumption and waste in the wheat production chain.

- Top Science, an event on food waste and loss that fosters the development of agricultural research projects in partnership with institutions and researchers from all over Latin America.

- Connect brings together Creator Space Summit and Top Science participants to discuss the most exciting and viable proposals presented in the respective events.

- Zero Waste, BASF employees from South America came together to co-create solutions for the use and re-use of materials to reduce waste disposal in the company's manufacturing units. During the Creator Space tour, the three best ideas will be awarded.

- The Suvinil Contest is an idea generation competition with BASF suppliers and students from all over Brazil. The participants submitted ideas on what the future house might look like. The three best student projects and the best supplier project will be awarded.

- Creatathon, a 14-hour co-creation event looking for tangible solutions that improve the usage of water in both the agricultural sector and in cities. The most innovative proposal will be awarded.
- 150 on Sunday, the last day of the tour stop is dedicated to a series of workshops open to the public. Topics include sustainable cooking recipes, home composting techniques or experiencing nature in the megacity of São Paulo. The workshops take place every hour and last for approximately 40 minutes each. Children older than six years can participate if they are accompanied by their parents. The last workshop session starts at 4 p.m. The workshops are free of charge.

More details and regular updates on all activities related to the celebrations of BASF's 150th anniversary can be found on Creator Space™ Online (www.creator-space.basf.com) - a global, collaborative internet platform.

BASF will host activities and events around the world in 2015 to celebrate and to co-create - bringing in the ideas and collaborative energy of BASF employees, customers, scientists and members of the community. In addition to the Creator Space tour, key elements of the Creator Space program include Creator Space online, a global internet platform, and three Creator Space science symposia, in Ludwigshafen (smart energy), Chicago (food) and Shanghai (urban living).

At BASF, we create chemistry - and have been doing so for 150 years. Our portfolio ranges from chemicals, plastics, performance products and crop protection products to oil and gas. As the world's leading chemical company, we combine economic success with environmental protection and social responsibility. Through science and innovation, we enable our customers in nearly every industry to meet the current and future needs of society. Our products and solutions contribute to conserving resources, ensuring nutrition and improving quality of life. We have summed up this contribution in our corporate purpose: We create chemistry for a sustainable future. BASF had sales of over €74 billion in 2014 and around 113,000 employees as of the end of the year. BASF shares are traded on the stock exchanges in Frankfurt (BAS), London (BFA) and Zurich (AN). Further information on BASF is available on the Internet at www.basf.com.