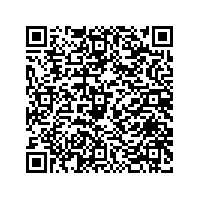 Subscribe to news
(PresseBox) ( Ludwigshafen, 19-08-14 )
To further expand its position as a global supplier of engineering plastics, BASF signed an agreement with Solvay in September 2017 on the acquisition of Solvay’s integrated polyamide business. In January 2019, the EU Commission approved the acquisition subject to certain conditions, including the divestiture of Solvay’s polyamide 6.6 production facilities in Europe.

The intended acquisition by BASF now comprises a total of eight production sites in Germany, France, China, India, South Korea, Brazil and Mexico. In France, BASF and Domo will also enter into a joint venture to produce adipic acid. Furthermore, three research and development centers in South Korea, China and Brazil and six technical consultation centers in Asia as well as in North and South America will be transferred from Solvay to BASF.

The purchase price to be paid by BASF on a cash and debt-free basis would amount to €1.3 billion. Solvay’s businesses to be acquired by BASF generated sales of around €1.0 billion in 2018. At closing, approximately 700 Solvay employees will move to BASF. The intended joint venture between BASF and Domo in France will employ approximately 650 employees. BASF is planning to integrate the businesses into its Monomers and Performance Materials divisions.

With this transaction, BASF will benefit from improved access to important growth markets in Asia and South America, enabling the company to improve the close collaboration with local customers. BASF’s product pipeline and product portfolio of engineering plastics will be enhanced as well, which will strengthen the position of the company as a provider of innovative solutions for the transport, construction and consumer goods industries, among others. Through the backward integration into important raw materials such as adipodinitrile (ADN), BASF will be present along the entire value chain for polyamide 6.6 and be able to further increase the capacities to produce polymers.

At BASF, we create chemistry for a sustainable future. We combine economic success with environmental protection and social responsibility. The approximately 122,000 employees in the BASF Group work on contributing to the success of our customers in nearly all sectors and almost every country in the world. Our portfolio is organized into six segments: Chemicals, Materials, Industrial Solutions, Surface Technologies, Nutrition & Care and Agricultural Solutions. BASF generated sales of around €63 billion in 2018. BASF shares are traded on the stock exchange in Frankfurt (BAS) and as American Depositary Receipts (BASFY) in the U.S. Further information at www.basf.com.