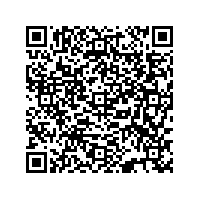 BASF's Crop Protection division continues to grow rapidly in the expanding markets of Central and South Eastern Europe. Over the past few years, the company has launched numerous proprietary products in the region. In 2008, seven innovative products for all crop segments will be introduced.

"BASF is one of three companies that invests heavily in crop protection research and development," said Michael Heinz, president of the company's Crop Protection division, in his opening remarks. "We are excited that our innovative products are helping an ever larger number of growers in Central and South Eastern Europe minimize risk and increase productivity."

After sales growth of 5% in 2007 in Central and South Eastern Europe, BASF Crop Protection division targets yearly growth of between 7% and 8% in the coming years. Analyst put annual growth in the region at around 4%-5% a year. This compares to an annual growth rate of 1%-2% for the global market. "As growers in Central and South Eastern Europe seek to maximize their profitability, they are investing more in modern crop protection products," according to Klaus Welsch, Vice President for BASF's Crop Protection business in Europe. "With our portfolio of innovative products, we are in a good position to grow faster than the overall crop protection market in this dynamic region," he added.

BASF is focusing its efforts on key crops, including cereals, fruit and vegetables, sunflower and oil seed rape. Cereals and oilseeds are the key market drivers for the region and account for about 58% of the total market. BASF provides superior solutions for all main diseases and higher yields in cereals. Currently, 6 new cereal fungicides are in launch in key markets: e.g. Capalo® and Opera® Max in Poland and Swing® Top in the Czech Republic. In fruit and vegetables, BASF targets Poland and Turkey.

"This year and next, growers in Eastern Europe can expect an array of exciting new products from BASF's research and development pipeline," said Christoph Wegner, head of operations in Central and South Eastern Europe. "This includes solutions for both field crops as well as for the high-value fruit and vegetables segment."

In 2008, BASF introduced its pipeline fungicide metrafenone in Central and South Eastern Europe. Metrafenone, which was developed for field crops as well as the fruit and vegetable segment was launched as Vivando® in Hungary, Slovenia and Turkey. It offers growers a novel solution against powdery mildew in grapes. Metrafenone is also one of two active ingredients in the new cereal fungicide Capalo®, which is part of new generation of formulations that offer increased performance, while reducing the environmental impact of agriculture.

Also from BASF's in-launch pipeline is the new insecticide metaflumizone. Under the name Alverde®, metaflumizone will offer growers in Eastern Europe broad-spectrum control in many specialty crops, including potatoes as well as in different fruiting and leafy vegetables. Alverde® was launched in Romania earlier this year. Registrations in several other countries such as Hungary, Poland and Turkey are expected next year.

About the Crop Protection division

With sales of €3,137 million in 2007, BASF's Crop Protection division is a leader in crop protection and a strong partner to the farming industry providing well-established and innovative fungicides, insecticides and herbicides. Farmers use these products and services to improve crop yields and crop quality. Other uses include public health, structural/urban pest control, turf and ornamental plants, vegetation management, and forestry. BASF aims to turn knowledge rapidly into market success. The vision of BASF's Crop Protection division is to be the world's leading innovator, optimizing agricultural production, improving nutrition, and thus enhancing the quality of life for a growing world population. Further information can be found on the web at www.agro.basf.com.

BASF is the world's leading chemical company: The Chemical Company. Its portfolio ranges from oil and gas to chemicals, plastics, performance products, agricultural products and fine chemicals. As a reliable partner BASF helps its customers in virtually all industries to be more successful. With its high-value products and intelligent solutions, BASF plays an important role in finding answers to global challenges such as climate protection, energy efficiency, nutrition and mobility. BASF has more than 95,000 employees and posted sales of almost €58 billion in 2007. Further information on BASF is available on the Internet at www.basf.com.