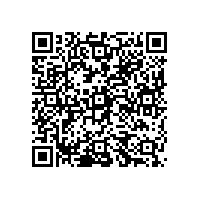 Moray BOYD is appointed CEO of the AURES Group

Founder and Head of former J2 Retail Systems Group, a UK company specialised in the distribution of EPOS systems - acquired by AURES in 2013 – he has 30 years experience and international expertise in the field of POS sector.

He joined AURES in 2013 as Managing Director of the Group.

Within 4 years, AURES Technologies progressed from 32 to 77 million euros in sales (36 to 86 million US dollars) and now achieves some 70% of its revenue on the international stage ; also, this appointment emphasises this point and is aimed at supporting the Group’s development.

“Moray is a leader; he has been beside me in AURES for 4 years now, participating very actively and successfully to the strong AURES progression ; his perfect understanding of the US, UK and Australian POS markets is a key advantage to keep boosting the durable growth of the Group” explained Patrick Cathala, Chairman and Founder of AURES.

“I am delighted to take on this new responsibility within the AURES Group” said Moray Boyd.

“We have enjoyed 4 years of fantastic growth and will continue to drive innovation to increase our market share; I look forward with relish to the challenges ahead; it is an interesting time in our industry and I along with the AURES teams will take our business to the next level;” he concluded.

Patrick Cathala - AURES major shareholder – remains at the head and in control of AURES Technologies, which he founded in 1989, in his capacity as Chairman of the Group and of the Board of Directors.

He was educated in various schools in the UK and completed his Electrical and Electronic Engineering studies at Springburn College of Engineering in 1983.

He then joined Business Electronics PTY Ltd as a software developer from 1985 to 1989.

From 1989 to 1998, he held various management roles within the Riva Group.

In 2013, as J2 Retail Systems was acquired AURES, he joined the Group as Managing Director.

He was appointed AURES CEO in April 2017.

Founded in 1989 and listed on Euronext since 1999, the AURES Group manufactures EPOS systems and related peripherals. This PC-based hardware and open-system equipment provides management and till functions to all points-of-sale and points-of-service, including specialist food and non-food stores, retail outlets, superstores and catering and hospitality.

With corporate sales of €76.2 million for 2016 (USD 85 million), AURES has global presence, with its head office in France, subsidiaries in the UK, Germany, Australia and the USA - and a network of distributors and resellers in 50+ countries.

In 2016, the Group received the BFM Award of the Export Performance of the year.

Complementary to the POS activities of the Group, the OEM "Equipment & Systems Department" works closely with systems integrators and suppliers, providing them with complete product lines of hardware elements and sub-equipment for industrial, kiosk and digital display applications.