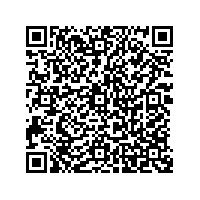 Sponsored by WfMC and BPM.com, presented to AuraPortal and ArcelorMittal Foundation for customer implementation excellence

(PresseBox) ( Woburn (Boston), MA, 11-01-10 )
AuraPortal (www.auraportal.com), a global provider of Business Process Management (BPM) software, today announced the company, along with its customer, ArcelorMittal Foundation has been named the Silver Winners for the 2010 Global Awards for Excellence in Business Process Management and Workflow. Now in their 18th year, the prestigious industry award recognizes end-user organizations that have demonstrated excellence in implementing innovative business process solutions to meet strategic business objectives. There were five geographical regions in which the awards were presented. The ArcelorMittal Foundation, located in Brazil, received the silver award for the South American region.

Nathaniel Palmer, WfMC Executive Director and Industry Analyst noted, "This year, we saw that the scope of implementations has increased to more non-financial case studies, like healthcare, with greater government adoption, addressing social and environmental issues. Additionally, we noticed that the BPM Center of Excellence plays a more significant role in start-up and success than in previous years of awards."

The ArcelorMittal Foundation, located in Belo Horizonte, Brazil, was founded in 1988 to develop Cultural, Health, Education, and Social Promotion programs benefiting around 800,000 citizens. Due to its systematic approach to its BPM initiative, the AMF has achieved a high level of integration of all information related to individual cultural projects, and is now able to manage its projects more efficiently and collaboratively across the organization. Some of the benefits achieved by the AMF with their BPM initiative include: a significant reduction (50%) in the analysis of projects submitted, and 100% of the proposals generated in electronic format, allowing the evaluation and response times to be reduced significantly. The organization has been able to increase the number of proposals analyzed without increasing the number of employees. "After implementing AuraPortal BPMS we are now able to know which projects best fit with our requirements and financing. We have incorporated a process centric culture since we decided to implement our solution using the AuraPortal BPMS platform," according to Marcelo Santos, Art and Culture Manager at the ArcelorMittal Foundation.

ABOUT THE WORKFLOW MANAGEMENT COALITION

The WfMC, founded in August 1993, is a non-profit, international organization of workflow vendors, users, analysts and university/ research groups. The Coalition's mission is to promote and develop the use of workflow through the establishment of standards for software terminology, interoperability and connectivity between workflow products. Comprising over 300 members worldwide, the Coalition is the only standards body for this specific software market. The creation of the WfMC Standards Reference Model has proved its importance in other areas of technology, most notably the ISO Seven Layer reference model for computer communications.

AURA is a global BPMS (Business Process Management Suite) provider, delivering a solution that creates Business Process Workflow Execution Models without the need of IT programming. AuraPortal is 100% Web-based, and is complementary to existing ERP and CRM systems.

AuraPortal has a presence in 50 countries with more than 350 customers including, among others: Coca-Cola, PepsiCo, Frito-Lay, Toyota, Yamaha, Petróleos Mexicanos (PEMEX), Carrefour, ArcelorMittal, Eletrobrás, Saras, Royal KPN, Bristol-Myers Squibb, Sodexo, etc., as well as a many Government Agencies and Departments in several countries.