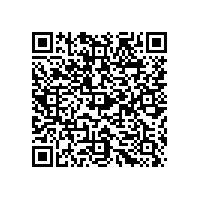 Audi is providing support for victims of the environmental disaster in Hungary. The carmaker is donating 500,000 Euros to promote aid measures. With 5,785 employees at its Gy?r location, AUDI HUNGARIA MOTOR Kft. is the region's largest employer.

"The after-effects of this catastrophe threaten the existence of the people living in the area," said Rupert Stadler, Chairman of the Board of Management of AUDI AG. "At Audi we feel a strong sense of solidarity with this region, and we naturally wish to support the victims in this difficult situation."

To help meet urgent needs, the Company has placed 100,000 euros at the disposal of the state fund for compensating the disaster victims. A further 400,000 euros are to be used to build new homes for the residents of Kolontár, where the disaster occurred.

Audi Hungaria is not itself affected by the alarm that was issued following collapse of the dam that allowed the contents of a Hungarian aluminum producer's waste water reservoir to escape. The Audi plant in Gy?r is about 80 kilometers (50 miles) from Kolontár, where the disaster occurred. At the end of September Audi announced that it would be investing about 900 million euros and developing its plant in Gy?r, which currently builds engines, into an automobile plant capable of undertaking every stage in car production.

Sites Communications Christoph Lungwitz Tel: +49 (0)841 89 45751 e-mail: christoph.lungwitz@audi.de www.audi-mediaservices.com 2/2 Starting in 2013, 125,000 vehicles will be built each year in Gy?r, not only the Audi TT Coupé and TT Roadster sports cars but also the A3 Cabriolet, a further derivative of the A3. This project will create 1,800 new jobs at Audi's Hungarian location. When the extension is complete, Audi Hungaria will provide secure jobs for more than 15,000 people: its own workforce and its suppliers and service providers.

The Audi Group sold around 950,000 cars of the Audi brand in 2009. The Company posted revenue of €29.8 billion and an operating profit of €1.6 billion. Audi produces vehicles in Ingolstadt and Neckarsulm (Germany), Győr (Hungary), Changchun (China) and Brussels (Belgium). Aurangabad in India saw the start of CKD production of the Audi A6 at the end of 2007, of the Audi A4 in early October 2008 and of the Audi Q5 in July 2010. Production of the new Audi A1 has been running at the Brussels plant since May 2010. The Company is active in more than 100 markets worldwide. AUDI AG's wholly owned subsidiaries include AUDI HUNGARIA MOTOR Kft., Automobili Lamborghini Holding S.p.A. in Sant'Agata Bolognese (Italy) and quattro GmbH in Neckarsulm. Audi currently employs around 58,000 people worldwide, including 45,500 in Germany. Between 2010 and 2012 the Audi Group is planning to invest €5.5 billion, mainly in new products, in order to sustain the Company's technological lead embodied in its "Vorsprung durch Technik" slogan. By 2015, Audi plans to increase the number of models in its portfolio to 42.

Audi has long been fulfilling its social responsibility on many levels - with the aim of making the future worth living for generations to come. The basis for Audi's lasting success is therefore formed by environmental protection, the conservation of resources, international competitiveness and a forwardlooking human resources policy. One example of AUDI AG's commitment to environmental issues is the newly established Audi Environmental Foundation.

AUDI HUNGARIA MOTOR Kft., a fully owned subsidiary of AUDI AG based in Györ, is one of the major engine suppliers to the Audi and Volkswagen Group. Furthermore, the Audi TT Coupé and TT Roadster sports cars are assembled in Győr. The plant also began assembly of the Audi A3 Cabriolet in November 2007. Since 2006 Audi Hungaria has delivered numerous aluminum body parts for the Audi R8. In 2009, 1,383,909 engines and 32,603 cars were built here. Audi Hungaria has long been one of Hungary's highest-earning companies and biggest exporters. Total investment since the founding of the company amounts to €3.89 billion.