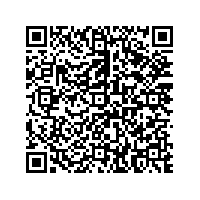 (PresseBox) ( Linsengericht, 11-12-15 )
A preliminary version of the 2012 Atlas Client Education Calendar is now available, with workshops and seminars scheduled throughout the US and Europe. Atlas offers workshops on Ci Series Weather-Ometers as well as the SUNTEST® and Xenotest® instruments. Also offered is a 2-part seminar on the Fundamentals of Weathering. In addition to the courses noted above, Atlas will be introducing a new workshop in 2012 entitled Sample Preparation and Evaluation. This one-day event will take place in Germany and is geared towards individuals who prepare, test and evaluate test samples. In addition, Atlas continued to offer its online webinars covering a wide range of topics relating to weathering testing.

5. Fundamentals of Weathering I Seminars

The most current event data as well than event descriptions can be found at the following quick links:

Atlas is a recognized leader in material testing, offering a complete line of instruments and services for accelerated and natural weathering. In addition, the Atlas Consulting Group helps clients from various industries including photovoltaics, coatings, plastics, textiles, automotive and cosmetics develop the best weathering processes for their products.

Atlas Material Testing Technology is ISO 17025 and ISO 9001:2008 registered. Atlas products are designed and manufactured to conform to international, national and industry standard test methods including ISO, ASTM, DIN, JIS and numerous others.

Air Filtration Seminar 2020: Testing against the virus – Protection for your health