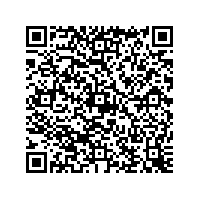 SES Announces Andrew Browne Will Step Down as CFO in October

Subscribe to news
(PresseBox) ( Luxembourg, 19-09-02 )
SES announced today that Andrew Browne, Chief Financial Officer of SES, has decided to step down for personal and family reasons and pursue other endeavors. The search for a successor is underway and an announcement will be made in due course.

Andrew has a long and successful history with SES, starting with the acquisition of New Skies in 2006, when, in addition to being CFO, he was acting CEO during the integration of operations into SES. He rejoined SES in 2010 as CFO, leading the company through an important period of consolidation and alignment.

In 2013, Andrew became CFO of O3b Networks, a business in which SES had a meaningful stake. Together with Steve Collar, then O3b Networks’ CEO, Andrew developed O3b Networks into a successful business before the full acquisition by SES in 2016. With the appointment of Steve as the CEO of SES in April 2018, Andrew once again joined SES as CFO, reshaping and streamlining the finance organisation and reinforcing SES’ position with the investment community.

Steve said, “In the last 18 months, we have made important strides at SES. Andrew is stepping down with the business in excellent shape: clear strategic direction, a strong balance sheet and a broad and talented finance organisation. We will miss him, and I am sure that our paths will cross again in the future.”

Romain Bausch, Chairman of SES, said, “Andrew has made a huge contribution to the success of SES for well over a decade and he leaves with our very best wishes and as a lifelong friend of the company.”

Andrew said, “It has been a privilege to have been part of SES since 2006, participating in its success, continued transformation and ongoing leadership of the industry. I have thoroughly enjoyed the experience and opportunity to work closely with both Steve and Romain over the past decade as well as with the tremendous leadership and finance teams over the years. I wish all at SES every success in the future.”

SES is the world's leading satellite operator with over 70 satellites in two different orbits, Geostationary Orbit (GEO) and Medium Earth Orbit (MEO). It provides a diverse range of customers with global video distribution and data connectivity services through two business units: SES Video and SES Networks. SES Video reaches over 355 million TV homes, through Direct-to-Home (DTH) platforms and cable, terrestrial, and IPTV networks globally. The SES Video portfolio includes MX1, a leading media service provider offering a full suite of innovative services for both linear and digital distribution, and the ASTRA satellite system, which has the largest DTH television reach in Europe. SES Networks provides global managed data services, connecting people in a variety of sectors including telecommunications, maritime, aeronautical, and energy, as well as governments and institutions across the world. The SES Networks portfolio includes GovSat, a 50/50 public-private partnership between SES and the Luxembourg government, and O3b, the only non-geostationary system delivering fibre-like broadband services today. Further information is available at: www.ses.com