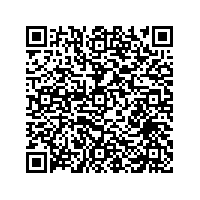 Data on new antibiotic against tuberculosis published in Science (1)

(PresseBox) ( Munich, Germany, 09-03-20 )
Ascenion announces today, that it has negotiated a licensing contract providing Inverness Medical Innovations, Inc. with worldwide, exclusive rights to a novel antibiotic for the treatment of tuberculosis. Ascenion has initiated and mediated the agreement on behalf of an international consortium of patent owners including a Russian inventor, the Leibniz Institute for Natural Product Research and Infection Biology Hans Knöll Institute (HKI), Jena, Germany, and the Institut Pasteur, Paris, France.

The compound, a benzothiazinone derivate, was generated by the Russian scientist Dr Vadim Makarov and tested for antibacterial activity by Dr Ute Möllmann and her team at the HKI. Based on her multiyear experience in antibiotics research and Makarov's capabilities in organic chemistry, they gradually optimized the compound for selectivity and efficacy against Mycobacterium tuberculosis, the pathogen that causes tuberculosis. The result is a novel antibiotic candidate that selectively kills mycobateria at exceptionally low concentrations, including strains that are resistant against one or more available antibiotics. Moreover, preclinical studies performed in collaboration with the Institute Pasteur suggest a good side-effect profile and favourable pharmacodynamic properties.

The novel antibiotic addresses an urgent medical need. According to the WHO, tuberculosis is a major cause of illness and death worldwide, especially in Asia and Africa. Globally, 9.2 million new cases and 1.7 million deaths from tuberculosis occurred in 2006. A serious, increasing challenge is posed by bacteria that are resistant to available drugs. In some countries of Asia, Africa or the former Soviet Union, almost half of all tuberculosis cases are resistant to at least one drug and every fifth case shows multi-drug-resistance. In part, the problem is due to the fact that no new antibiotic against tuberculosis has reached the market since rifampicin was launched in 1963.

"The new compound has strong potential to overcome resistance. This, together with its favourable properties and advanced stage of development, has triggered strong interest in the pharmaceutical industry," Peter Ruile, COO of Ascenion comments. "In choosing a commercialization partner, it was most important to us and to the inventors that the project would attain top priority within the partner's development portfolio. Inverness provides an ideal match because the project fits their product development strategy perfectly. We look forward to monitoring the project's progress through clinical trials and towards the market."

The Leibniz Institute for Natural Product Research and Infection Biology - Hans Knöll Institute (HKI) -was founded in 1992 and became part of the Leibniz Association in 2003. Research at the HKI focuses on infection biology, particularly with regard to pathogenic fungi. Researchers explore the molecular mechanisms of disease development and their interactions with the human immune system. Moreover, they investigate and optimize the anti-fungal activity of natural substances isolated from microorganisms. The HKI currently has five scientific departments headed by ordinary professors of the Friedrich Schiller University Jena (FSU). In addition, there are five junior teams and five cross-sectional units that integrate various functions, among these the Bio Pilot Plant, which acts as an interface to industry. Currently, the HKI has about 280 employees, including 93 doctoral fellows. Further information at www.hki-jena.de

The Institut Pasteur, a private non-profit foundation, is dedicated to the prevention and treatment of diseases through research, education and public health activities. A large part of the Institut Pasteur's research activities are devoted to infectious diseases. Since it was founded in 1887, the Institut Pasteur has played a major role in combating diseases such as rabies, plague, diphtheria, tetanus, typhus, tuberculosis, hepatitis B and AIDS. Institut Pasteur is the heart of an International Network made up of 30 institutes spread over the five continents. For more information, see www.pasteur.fr.

Ascenion GmbH is an IP asset management company focused on the life sciences. Ascenion advises and supports public research institutions with regard to the protection and exploitation of their intellectual property (patents, know-how, materials), and initiates and mediates license agreements between research institutions and industry. The company places particular emphasis on coaching company founders and on active equity management. Ascenion was founded in 2001 as a 100% subsidiary of the Life-Science Foundation for the Promotion of Science and Research and has since acquired 13 research institutes in the Helmholtz and Leibniz Associations and also the Hanover Medical School as exclusive partners. Ascenion currently markets around 600 technologies on behalf of these institutes, and closes an average of about 60 agreements between research and industry per year. The team has also coached numerous spin-offs through their foundation and early growth and Ascenion holds equity in 17 of these companies. Ascenion's headquarters are in Munich, with further offices in Berlin, Braunschweig, Hamburg, Hanover and Neuherberg. Further information at www.ascenion.de