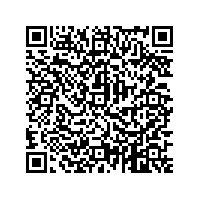 World Premiere in the Field of Market and Media Research

(PresseBox) ( Baar/Berne, 15-09-02 )
Today, search engines and social media, from Bing, Facebook and Google to Twitter, Xing and Yahoo, are generally being used as sources of information. Altogether more than 450 such services are analyzed by ArgYou.com. As of now, users themselves may carry out measurements in real time, with their own keywords, of what was on an average searched for online in the internet in the previous thirty days, and how the terms they themselves have entered are ranked there. Thus the „Find Engine“ launched by ArgYou.com on 2nd September 2015 opens up entirely new possibilities for the analysis of online markets.

For once the world novelty does not come from the US but from Switzerland: the „Find Engine“ ArgYou.com was developed in Baar and Berne. It analyzes the online universe in 40 countries and 29 languages and is up-to-the-minute. The research team of ArgYou.AG has for more than ten years been programming interfaces for all possible search facilities in the worldwide internet. The resulting product: topical, systematic and reliable neutral market research data accessible to everybody.

Measuring instead of guessing

Many of the more than 450 providers of social networks and search engines are in the first place advertizing machines. They do not always show objective figures about the effectiveness of advertizing on their platforms. Therefore ArgYou has set itself the aim of surveying, on orders from its clients, independent, reliable data about the effectiveness of keywords in the internet.

For years now ArgYou has been measuring for over 3000 renowned enterprises at home and abroad the communicative effectiveness of their own messages in the internet and that of their competitors in more than 450 search engines and social networks. The majority of orders for such data surveys has come from the media and from online shops.

Online traders, banks, insurance companies or retailers, too, can now measure the current online demand for their brands, products and services directly and independently, thanks to the „Find Engine“ ArgYou.com.

TV as Incentive for ArgYou.com

„The idea of a find engine has been haunting us for quite a while,“ says ArgYou CEO Dr Christoph Glauser. In the last eight years the market and media researcher has most frequently carried out measurements and analyses for TV stations; second were the food and retail market, third, banks at home and abroad.

As of the beginning of September 2015 the „Find Engine“ is available to interested users. After registration by Email at “www.ArgYou.com” they can test five keywords of their own choice free of charge. For all further uses of the find engine there is a charge since the service is not ad-funded but indeed independent and neutral.

Additional keywords are directly available online and can be used by customers for campaigns or for the optimization of websites and E-shops.

Effectiveness in the Internet is the Key to Success

Experts predict a great future for the „Find Engine“ because effectiveness in the online market is becoming more and more important. Independently surveyed, reliable data regarding the relevance of net contents and of adverts and communication are becoming ever more important. At the same time they are considered valid indicators for the effectiveness of media in traditional channels.

European and American market researchers have already signalled an interest in ArgYou.com. But ArgYou.com’s service is also open to small and medium companies as well as to private individuals.