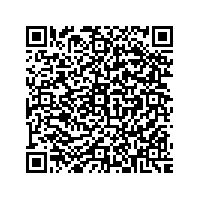 Canada: AREVA to process 100% of uranium from the Cigar Lake mine

Subscribe to news
(PresseBox) ( Paris, 11-12-19 )
AREVA announced today an agreement with its respective partners* in the Cigar Lake mine project and McClean Lake operation to process all of the uranium from Cigar Lake in the McClean Lake mill (70% owned by AREVA).

The Cigar Lake mine is the world's second largest high-grade uranium deposit (capable of producing more than 100kg of uranium per tonne of ore). Discovered in 1981 by AREVA, which retains 37.1% ownership, Cigar Lake is operated by Cameco Corp., which owns 50.03% of the project. It is expected to start operation in 2013 and will eventually increase its production capacity to 6,900 tonnes per year.

The McClean Lake Mill, operated by AREVA, is the only facility capable of processing high-grade uranium ore without diluting it. AREVA has planned an investment of nearly $150 million CDN (107 million euros) to upgrade the plant and increase its capacity to more than 8,500 tonnes per year.

"This strategic agreement reinforces our position as a uranium mining leader in Canada, alongside our partner Cameco. Our mining activities are an essential part of AREVA's integrated business model, and now more than ever we are working to develop the mining know-how that makes the group one of the world leaders in uranium," said Sébastien de Montessus, Senior Executive Vice President of Mining at AREVA.

Recommend Canada: AREVA to process 100% of uranium from the Cigar Lake mine press release