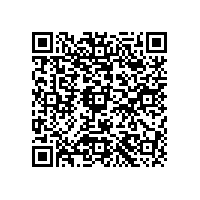 Under the terms of the agreement, AREVA Koblitz, an AREVA's whollyowned subsidiary, will supply turnkey services for the units with a total output of 330 MWe that will be sold to the Brazilian grid.

Bolognesi Participacoes will invest €380 million for this project.

A first unit is already under construction and the other nine will be launched during the second half of 2010.

Anil Srivastava, CEO of AREVA Renewables, highlighted: "This deal strengthens our position as leader in engineering services for the global bioenergy market.

Today, we are building more than 800 MWe of biomass and hydro production, with orders for an additional 750 MWe in hand. This is further evidence of the bioenergy market's trust in our ability to meet its rapidly expanding needs".

Hidrotérmica S.A., a company of the Bolognesi group, develops projects and studies for the energy market in Brazil. They currently have four Small Hydroelectric Power Plants (SHPP) in operation, plus two under construction. The company has been mainly focused on plants fueled by natural gas in Rio Grande do Sul, but has now decided to invest in biomass.

AREVA supplies solutions for carbonfree power generation. Its expertise and knowhow in this field are setting the standard, and its responsible development is anchored in a process of continuous improvement. As the global nuclear industry leader, AREVA's unique integrated offer to utilities covers every stage of the fuel cycle, nuclear reactor design and construction, and related services. The group is also expanding considerably in renewable energies - wind, solar, bioenergies, hydrogen and storage - to be one of the top three in this sector worldwide in 2012. Every day, AREVA's 48,000 employees cultivate the synergies between these two major carbonfree offers, helping to supply safer, cleaner and more economical energy to the greatest number of people.

AREVA Koblitz joined AREVA's Brazilian bioenergy division in January 2008. AREVA Koblitz has been present on the market for 34 years, and is market leader in Brazil for cogenerating systems and systems that use renewable energy sources, as well as systems that generate CO2free energy.