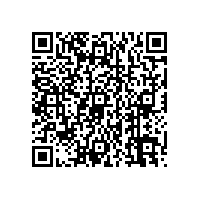 Appointment within the AREVA Group

He reports to Olivier Wantz, Senior Executive Vice President, Operations Support, Member of the Executive Board and Chairman of the Supervisory Board of AREVA NP GmbH.

This appointment came into effect on January 1, 2012.

Stefan vom Scheidt is a graduate of the École Nationale Supérieure d'Électricité et de Mécanique de Nancy (ENSEM). He began his career in 1979, in the Nuclear Fuel Department at FRAMATOME, as Manager of the mechanical design and development of fuel assemblies. In 1987, he became Manager of fuel assembly technical development and innovation, before becoming Manager of fuel assembly technology transfer contracts with Japan and the USA in 1989. From 1990 to 1994, Stefan vom Scheidt held the positions of Liaison Officer for FRAMATOME, COGEMA and Pechiney in Lynchburg (USA), and Deputy Chairman of Babcock & Wilcox Fuel Company. In 1994, he became Marketing and Development Manager for FRAMATOME fuel assemblies, and in 2000 Deputy Manager of the Nuclear Fuel Department. He then became Senior Vice President of Nuclear Reactors, and Deputy Senior VP of the AREVA NP Nuclear Reactors Department in 2004. Since 2007, Stefan vom Scheidt has been CEO of ATMEA.