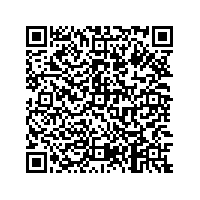 AREVA signs a series of strategic agreements with its Chinese partners

Subscribe to news
(PresseBox) ( Paris, 13-04-25 )
On April 25, 2013 in the presence of Chinese President Xi Jinping and French President François Hollande in Beijing, Luc Oursel, President and CEO of AREVA, signed a series of key agreements with the companies CNNC and CGNPC for the development of the Franco-Chinese strategic civil nuclear partnership.

This agreement is a decisive milestone in the negotiations as part of the signature of a future contract for the sale of the facility. The agreement covers the technical specifications and the project organization as well as the responsibilities and scope of work for each partner.

The future facility would process used nuclear fuel from Chinese power plants in order to recover the reusable materials and recycle them as fuel. The facility would have a capacity to treat 800 metric tons of used fuel per year.

This facility would integrate the most advanced recycling technologies and present the best guarantees in terms of safety, security, and for the environment. This letter of intention marks China's recognition of AREVA's technological advancements in the back end of the fuel cycle. On the global nuclear market, China confirms the economic and environmental viability of the strategy to process and recycle used nuclear fuel.

According to the terms of this agreement, CGNPC, AREVA and EDF reaffirm their willingness to successfully complete the construction of the first two reactors in Taishan, and to carry out a successful start of their commercial operation. This will also set the stage for an effective development of future reactors. In this perspective, AREVA and CGNPC will shortly analyze the return on experience gained from the construction of Taishan 1 & 2 units.

This cooperation also foresees EDF and AREVA contribution, in their respective field of expertise, to the improvement of safety, maintenance and performance of CGNPC's reactors in operation, and to the evolution of its fleet. Within this framework, the three partners will benefit together from their respective nuclear industrial experiences and will consider cooperation in future international projects.

- Additionally, the two presidents of AREVA and CNCC confirmed the advancement in their discussions on the potential equity interest acquisition of CNCC in the AREVA subsidiary that holds a 66.65% stake in the Imouraren mine in Niger.

Luc Oursel declared: "AREVA and its partners have signed today major agreements for the future of AREVA and the future of the strategic partnership between France and China in the nuclear sector. These agreements, covering the front end and the back end of the nuclear fuel cycle, as well as nuclear reactors, confirm the relevance of AREVA's overall strategy in China."