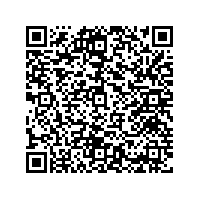 (PresseBox) ( Loßburg, 09-07-07 )
The Arburg stand with its two high-tech exhibits was a great attraction for visitors to the Lyon fair. The reason for the interest was an electric Allrounder 570 A with a high-speed packaging application and a complex production cell built around a hydraulic Allrounder 370 S. With a permanently well-frequented exhibition stand and a series of intensive technical discussions, the FIP was a great success.

Marc Schuh was very pleased with his first trade fair appearance as the new Arburg subsidiary manager in France: "Against the background of a 20 percent increase in the number of exhibitors at the FIP, we had the opportunity to present our two attractive exhibits to extremely interested and knowledgeable visitors on an area of 144 square metres. Our expectations of the trade fair were met in full. The production cell built around a hydraulic Allrounder 370 S with a clamping force of 600 kN not only allowed us to demonstrate the encapsulation of inserts, but also the integration of downstream assembly steps. The Allrounder operates with the Arburg Multilift V robotic system, which enters vertically into the mould and is fully integrated into the Selogica machine control system. A high-speed packaging application on an electrical Allrounder 570 A also attracted the attention of the visitors. They were particularly impressed with the cycle time of just 2.3 seconds."

Process planning and optimisation as frequent topics for discussion

As well as a large number of specific discussions relating to machines and robotic systems, many of which focused on potential investment projects, many inquiries also centred on the topics of process planning and optimisation. Interested parties had the opportunity to gain detailed knowledge and advice about the Arburg host computer system (ALS). ALS provides the ideal control instrument between production planning and the production process itself. One of the key advantages of the system is that its modular structure makes it viable even for small injection moulding companies and can also be connected to third-party machines without problem.

One of the trends in the French plastic market that became evident during the trade fair is that the coming years will see an increasing move towards electric drive technology. Arburg has just the right solution for this: its electric Allrounder 570 A with a clamping force of 2,000 kN.

The exhibit, with a high-speed thin-walled application, demonstrated the capabilities of the electric Alldrive series in terms of speed, precision and energy efficiency. The main axes, with servo-electric drive as standard, enable simultaneous movements and consequently short cycle times. Depending on requirements, the auxiliary axes can either be driven electrically like the main axes, or hydraulically by means of an integrated small-accumulator hydraulic system. A further advantage of the electric Allrounders is their low energy consumption. Accordingly, they all bear the Arburg "e2" energy-efficiency label.

The Association of Injection Moulding Machinery Manufacturers in France (ACDI) also held a conference on electric machine technology during the trade fair. The conference mainly involved a general introduction to this technology and an analysis of its chances in the marketplace. Subsidiary manager Marc Schuh and Eduard Stückle, who is responsible for International Technical Support, took part in the event, taking the opportunity to present Arburg's product portfolio to the conference delegates and presenting in detail the company's know-how and expertise in the area of electric machinery.

Arburg, a German machine construction company, is one of the leading global manufacturers of injection moulding machines for plastics processing with clamping forces between 125 kN and 5,000 kN. Fields of application include the production of plastic parts for motor vehicles, communications and consumer electronics, medical technology, domestic appliances and packaging. The product range is completed by robotic systems, complex projects and other peripherals. Arburg's operations are coordinated by an integrated management system and are DIN EN ISO 9001 and 14001 certified. Arburg is represented by its own organisations in 24 countries at 32 locations and by trading partners in more than 50 countries. However, production takes place exclusively in the parent factory in Lossburg (Germany) - with the mark of quality "Made by Arburg - made in Germany". From a total of more than 2,000 Arburg employees, around 1,700 work in Germany. About 330 further employees work in Arburg's organisations around the world.

Try it before you buy it: SMC Technologien jetzt in Automation Studio verfügbar