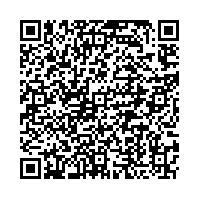 Subscribe to news
(PresseBox) ( Washington, USA / Vienna, Austria, 13-04-11 )
Glioblastoma multiforme (GBM) is the most severe form of brain cancer and progresses rapidly. With the first-line treatment (surgery, chemo-, and radiotherapy) the prognosis is poor with a median survival rate of 14 to 15 months. This makes novel treatment strategies highly warranted. One such strategy is cancer immunotherapy (CIT).

Activartis has developed a novel patented cancer immunotherapy concept, AV0113, based on dendritic cells (DC).While DCs have already demonstrated their potential in cancer immunotherapy, the novel feature of AV0113 is that exposure to bacterial endotoxins enables the DC to prime type 1 T helper cells, which support cytolytic anti-tumour immune responses. This is comparable to conjugated vaccines, which are a more artificial way to modulate the features of an immune response.

At the beginning of 2013, Activartis completed recruitment of around 100 brain cancer patients for a multi-centre, randomised, phase II clinical trial. This randomised study aims to deliver safety and efficacy data for the first time. Early results do not exhibit an improvement in progression-free survival, but overall survival seems to clearly favour GBM patients.

Activartis has completed recruiting around 100 patients suffering from GBM for the phase II clinical trial (GBM-Vax) designed to provide evidence for the effectiveness of AV0113 cancer immunotherapy. GBM-Vax is being conducted at eight neuro-surgery/neuro-oncology institutions in Austria, three of them being university hospitals. The primary study objective is progression-free survival; the secondary objective is overall survival.

All patients aged 18-70 years receive standard first-line therapy; in the randomised treatment group, the AV0113 DC-CIT is administered as an add-on. The DC-CIT is inoculated into inguinal lymph nodes: after six weeks of chemo and radiotherapy, four weekly applications; accompanying the maintenance chemotherapy, six more applications every 4 weeks; finally one boost immunisation every three months as long as DC-CIT is available.

Preliminary results presented at the AACR Annual Meeting (April 6-10, 2013, Washington) revealed a very promising trend suggesting a survival benefit of patients in the AV0113 treatment group compared to the randomised control group. This was notably the case for a subgroup for which, although only one third of the patients were available for assessment at this time, the difference in overall survival appeared to be quite remarkable.

Patients receiving AV0113 cancer immunotherapy tended to experience signs of relapse earlier compared to control patients. AV0113-triggered inflammation in the tumour tissue may explain this observation, which was also made in other clinical trials studying cancer immunotherapy.

When tumour growth is controlled by cancer immunotherapy, this is accomplished by inflammation, thereby resulting in a larger oedema and infiltration with immune cells. This may very easily result in pressure-induced neurological symptoms, which then are wrongly interpreted as “progression”. True progression would go along with reduced overall survival – preliminary results of the ongoing study, however, suggest that overall survival may in fact be positively influenced.

AV0113 treatment was well tolerated; no serious adverse events were noted that could clearly be attributed to DC-CIT. Inoculation into inguinal lymph nodes causes local swelling, redness and tenderness; some of the patients ran a temperature of around 40°C. Although these are early data, Activartis has already concluded that the DC-CIT treatment is well tolerated.

Confirmation of that trend is expected in the second half of 2013. If the trend currently observed is confirmed, AV0113 is bound to become part of the standard therapy for GBM.

Activartis is a biotech company based in Vienna. The majority owner is the Austrian pharmaceutical company AOP Orphan Pharmaceuticals AG, which specialises in the development and distribution of pharmaceuticals for Orphan Diseases. Activartis was founded in 2003 as a spin-off of the St. Anna Children's Cancer Research Institute, Vienna, Austria. Activartis is currently in phase II of clinical trials for a new kind of Cancer Immunotherapy. The therapeutic technology combines a completely new, patented approach, AV0113, that uses a bacterial danger signal together with the patient's tumour antigens, with the concept of dendritic cells already on the market. The aim is to enable the immune system to gain control of the cancer.

"TRUSTS" enables European data markets based on the IDS architecture