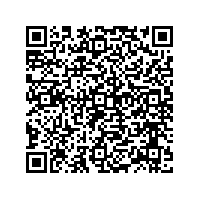 Subscribe to news
(PresseBox) ( Bremen, 14-06-17 )
For the Germany Travel Mart™ (GTM), a trade fair forum devoted to inbound tourism, A&O Creative, the creative department of A&O Technology, adorned Bremen's St. Petri cathedral with a light and laser show created specially for the event. The grand finale of the official opening, it brought the evening's festivities to a perfect end, inspiring enthusiasm at the same time for the workshops to follow in the morning.

On a Sunday evening in May in Bremen, you could have been forgiven for thinking it was already autumn: a miniature version of the city's October Freimarkt graced the historic market place during the official opening of the 40th Germany Travel MartTM in the nearby "Die Glocke" concert hall. The smell of deep-fried pastries and roasted almonds hung in the air, fanned gently by a turning carousel. When at around 10 pm the doors of the concert hall opened and the invited guests streamed out, they were surprised by a lightshow on the cathedral opposite. To the strains of "We are golden - we're the stars", the front facade of the over-90-metre-high cathedral was bathed in coloured light. At the same time, a laser projection - with as its theme "Bremen & Bremerhaven: Made of Stars" featuring laser images of Roland (the city's legendary guardian), the Town Musicians of Bremen (made famous by the Grimms' fairy tale) and the Universe (an allusion to the city's current status as a centre of astronomical research) - created a bridge between past and present. For the illumination of the cathedral, FALCON 6000 CMY xenon searchlights were used as washers, and for the laser show two green 12-watt lasers, whilst the arcades in the lower section of the building were lit by LED floodlights. In consequence, the entire facade of the building - a national monument - was evenly covered by the play of changing colours.

The Germany Travel MartTM is the largest sales forum for Germany's inbound tourism industry. Since 1972, it has been held annually in a different Germany city or region. The high-calibre event is at the same time a forum for the exchange of information between industry professionals and a place where decisions are taken on tourist destinations within Germany. The 40th Germany Travel MartTM was organized by the German National Tourist Board (DZT) together with its local Bremen and Bremerhaven counterparts, the "BTZ Bremer Touristik-Zentrale" and the "Bremerhaven Touristik".

For more information about the company A&O Technology please visit the website www.ao-technology.com

For almost twenty years, A&O Technology has been providing regional and international support for even the most demanding projects in the field of architectural or events lighting: from the supply of equipment - whether sale or rental - to the elaboration of creative concepts, to the provision of full-service support in the role of general contractor.

The clear division of the company into sales, rental, creative and manufacturing departments guarantees customers communication backed by expertise and efficient solutions at every stage of a project.

A large network of tried-and-tested partnerships is available to support your projects.

The company's exclusive distribution portfolio includes the FALCON® range of architectural luminaires and searchlights manufactured by the A&O subsidiary alpha one.

A&O Technology has its headquarters in Bremen, Germany, as well as subsidiaries or bureaus in the UAE, USA, Russia and Asia and holds project partnerships worldwide.

Minimize mismatches due to Signal Integrity Engineering on the "medical-grade" USB 3.0 cable