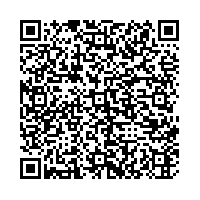 The Carl E. Nelson Best Practices Award presented by AIIM, the Association for Enterprise Content Management (ECM), recognizes excellence in the ECM field. The term "Best Practices" denotes a standard of excellence that has been achieved within an organization and refers to a process or implementation that can be quantified, adapted, and repeated.

"It's an honor to be recognized by AIIM for the commitment we have made to 'Transformation through Innovation' at Cleveland Metropolitan School District," said Joe Podach, deputy chief of operations and performance improvement at CMSD. "Being able to save money while improving our processes has resulted in a great impact at CMSD, and we are continuing to improve our finances, academics, and paper processes," he continued.

Using OCR for AnyDoc, CMSD's uniform and meal programs resulted in a highly accurate and efficient, speedy solution that reduced the need to hire approximately 50 temporary employees, eliminating $280,000 in labor costs. They reduced labor needs by 65 percent, eliminating thousands of hours of manual data entry. Not only did they achieve an ROI within nine months, but with the addition of AnyDoc®INVOICE(TM) as part of an enterprise Procure-to-Pay system, AnyDoc Software will help produce a total cost savings of over seven figures, paying for itself 10 times over in its first five years.

The AIIM Best Practices Award will be presented at the AIIM Expo and Conference in Philadelphia, during the AIIM Annual Awards Celebration on March 31 at The Union League.

This marks the fourth time AnyDoc customers have been finalists for the AIIM Best Practices Awards, including a win for Allegheny County Controllers Office in the large category for 2008.

AnyDoc Software develops innovative document, data capture, and classification solutions that have been the industry standard since 1991. Thousands of companies worldwide rely on AnyDoc solutions to eliminate millions of hours of manual data entry while improving their productivity and data accuracy. Any paper form or document including invoices, remittances, and checks can be automatically processed with full data extraction without the need for manual keying. Clients include: Fastenal Company, Sony Pictures Entertainment, BlueCross BlueShield, the U.S. Census, LeasePlan, Coop, and more. For additional information, please visit www.AnyDocSoftware.com.