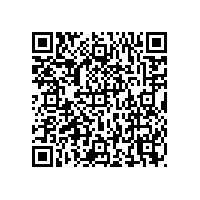 Subscribe to news
(PresseBox) ( Ismaning near Munich/Hannover, 20-02-14 )
• 27 jurors from 19 nations put the nominated devices and solutions from 15 manufacturers through their paces.
• At the first TEST CAMP Intralogistics, more than 50 VIP guests from well-known companies followed the world's largest intralogistics test at the exhibition grounds of IFOY partner HANNOVER MESSE.

It is not only considered to be the largest but also the toughest intralogistics test in the world: At the IFOY TEST DAYS on the exhibition grounds in Hannover, 16 products and solutions nominated for the IFOY AWARD from 15 manufacturers underwent a whole week of elaborate, multi-stage testing. New developments from Bosch Rexroth, cellumation, Combilift, Crown, doks.innovation, EasyMile, ForkOn, Geek+, Hyster, Jungheinrich, ProGlove, Raymond, Sany Europe, Still and Wiferion.

From February 6 to 13, the nominees were critically tested by an official tester, a team of scientists and the 27 international jurors. More than 310 visitors from 19 nations came to the capital of Lower Saxony to watch the test procedure of two days at the premises of IFOY partner HANNOVER MESSE. Among the guests for the first time were representatives from the business world, including BMW, Dachser, Rewe, Porsche and Kühne + Nagel. During the TEST CAMP on February 12 and 13, they had the opportunity to get their own impression of the nominated vehicles and solutions of the current year and previous years and to test them extensively.

This year, the three-part audit once again began with the practice-oriented IFOY test by Dutch trade journalist Theo Egberts. He compared the nominees with the relevant competitors. They underwent individually tailored driving or functional tests, including the IFOY test protocol comprising around 80 criteria, which determines factors such as economy and energy efficiency, sustainability, safety and ergonomics of the nominees. In the second part of the audit, the IFOY Innovation Check was carried out. Scientists from Fraunhofer IML and the Technical Universities of Dresden and Munich assessed the finalists in terms of market relevance, customer benefit, type of design and degree of innovation.
The audit was concluded with the assessment of the finalists by the jurors and their approved consultants. The jury members, trade journalists from all over the world, not only received all results of the IFOY Test and the scientific IFOY Innovation Check for their voting, but also had the opportunity to test the nominated machines themselves and to drive them in the test areas of the exhibition hall. In the category "Counter Balanced Truck up to 3.5t", for example, they took a close look at Still's brand-new RX 60 electric forklift truck and Hyster's J60XNL, which, among other things, has a reduced overall weight for better manoeuvrability and lower energy consumption.

The jury members tested the functions "driving", "lifting" and "lowering" at the warehouse truck finalists. The entrants were Crown's ESR 1000 and Jungheinrich's ERC 216zi, an electric truck with a fully integrated lithium-ion battery. The Combi-CS from Combilift also took part. This is a compact, pedestrian-controlled truck.
The jury members were also allowed to vote in the category "Special Vehicle". Here the enormous SRSC45H9 Hybrid Reach Stacker from Sany Europe and the Combi-CBE4 from Combilift, an electrically driven special forklift with four-wheel drive, were presented. In the category "AGV & Intralogistics Robot" the highly automated tugger TractEasy from EasyMile for indoor and outdoor use, the Courier 3030 Automated Stacker from Raymond and the C200 Robot Shuttle System from Geek+ faced the challenges of the IFOY TEST DAYS.

Two solutions underwent the three-stage audit in the category "Intralogistics Software". The "Locator - Laser Localisation Software" from Bosch Rexroth automatically maps the environment with the help of a laser sensor, thus creating a basis for autonomous driving in intralogistics and production environments. "The ProGlove Cloud" from ProGlove helps companies to map a digital twin of their processes and thus better manage devices.

No less than four companies competed in the "Startup of the Year" category: ForkOn's fleet management software is the first manufacturer-independent version for forklifts and other industrial trucks. With inventAIRy® X, the company doks.innovation has launched a drone that, in combination with sensors and a camera, is capable of fully automatic inventory recording. The celluveyor from cellumation is a modular material flow system consisting of hexagonal cells that can be combined to form any layout and provide significantly more flexibility in the warehouse. Wiferion entered the IFOY AWARD to convince the jury of etaLINK 3000, the first market-ready 100 percent contactless charging system for industrial electric vehicles.

Which companies will win the IFOY 2020 this year will remain a well-kept secret for a few more weeks. Traditionally, apart from the members of the jury, no one knows the overall result of the tests before the awards ceremony, which takes place during the big IFOY AWARD Night on April 20 at HANNOVER MESSE.

The International Intralogistics and Forklift Truck of the Year (IFOY AWARD) recognises the year's best intralogistics products and system solutions. The aim of the organisation is to document the performance capability and innovative drive of the intralogistics, helping to boost competitiveness and raise the profile of the entire sector in the public arena. The winners of the IFOY AWARD are selected once a year by an independent jury of international trade journalists. The sponsor of the IFOY AWARD is the VDMA Materials Handling and Intralogistics Sector Association. The IFOY partner is HANNOVER MESSE. The IFOY pallet partner is CHEP, the global market leader in pallet pooling. The IFOY technology partner is the battery charging specialist Fronius. The headquarters of the IFOY organisation are in Ismaning near Munich.