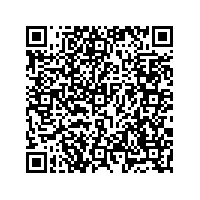 Substantial rise in sales in the third quarter of 2010

The order intake of the ANDRITZ GROUP developed favorably in the third quarter of 2010: At 932.1 MEUR, it increased by some 11% compared to the third quarter of 2009 (842.2 MEUR). With the exception of the METALS business area, which continues to be impacted by the difficult project situation in the international steel industry, all business areas were able to increase their order intake in comparison with the reference figures of the previous year. As a result, the order intake of the Group rose to 3,235.8 MEUR in the first three quarters of 2010 and thus was over 25% higher than the figure for the previous year's reference period (Q1-Q3 2009: 2,554.9 MEUR).

Favorable development in earnings and profitability

Net income of the Group (excluding non-controlling interests) amounted to 114.6 MEUR during the first three quarters of 2010, thus nearly doubling compared to the reference figure for the previous year (Q1-Q3 2009: 59.6 MEUR).

ANDRITZ expects solid project activity to continue for the remaining months of the 2010 business year. Based on the results for the first three quarters of 2010, the Group expects a slight rise in sales compared to the full year of 2009. Cost savings resulting from the restructuring measures initiated in 2009 should have a positive impact on the net income.

Certain statements contained in this press release constitute 'forward-looking statements.' These statements, which contain the words 'believe', 'intend', 'expect', and words of a similar meaning, reflect the Executive Board's beliefs and expectations and are subject to risks and uncertainties that may cause actual results to differ materially. As a result, readers are cautioned not to place undue reliance on such forward-looking statements. The company disclaims any obligation to publicly announce the result of any revisions to the forward-looking statements made herein, except where it would be required to do so under applicable law.

The ANDRITZ GROUP is a globally leading supplier of plants and services for the hydropower, pulp and paper, metals, and other specialized industries (solid/liquid separation, feed and biofuel). The Group is headquartered in Graz, Austria, and has a staff of approximately 14,300 employees worldwide. ANDRITZ operates over 120 production sites, service, and sales companies all around the world.