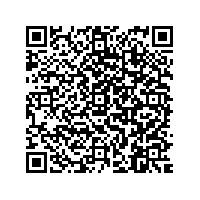 Subscribe to news
(PresseBox) ( Graz, 08-10-21 )
On the occasion of the Andritz Capital Market Days 2008, Wolfgang Leitner, President & CEO of Andritz AG, today announced the long-term targets for the international technology Group up to 2010/2011, and confirmed the guidance for 2008: 'From today's perspective, we expect sales to rise to approximately 3.5 billion Euros and EBITA margin to increase compared to 2007. The actual extent of the increase depends on the further development of the global financial and economic crisis and its impact on our customers and ? consequently ? ourselves,' Leitner said.

The Andritz Group's declared sales target for 2010/2011 is 4.5 billion Euros.Achievement of this target is also dependent on the future development of the global economy and Andritz's success in acquiring further companies. 'Given our cash position of about 800 million Euros, the current financial crisis can also provide opportunities for Andritz to acquire interesting companies at very attractive terms", Leitner said, but did not mention potential acquisition targets.

Along with the growth in sales, Andritz also aims to increase profitability. 'The goal for the Andritz Group is to achieve a sustainable EBITA margin averaging 7% over the economic cycle, with the target to reach 8% at the economic peak. Whether Andritz will already be able to improve the margin in 2009 cannot be predicted at this stage, given the current difficult economic environment. The solid order backlog and the high sales contributions from business areas that are likely to be less affected by the general economic situation should help to mitigate, even if they cannot entirely prevent, the impact Andritz may feel from a possible severe economic slowdown,' Leitner said.

The Andritz Group is a global market leader in the supply of customized plants, systems, and services for the pulp and paper industry, the hydropower industry, the steel industry, and other specialized industries (solid/liquid separation, feed, and biofuel). Headquartered in Graz, Austria, the Group has about 12,900 employees worldwide. It manufactures and sells its products and services globally.