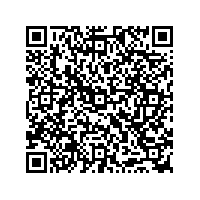 Subscribe to news
(PresseBox) ( Aldwych,London, 14-05-28 )
Declining equipment costs and emerging technologies will help to address mobile 'not-spots', but governments will need effective intervention strategies if truly ubiquitous coverage is to be achieved.

Commercially viable mobile voice coverage has reached saturation point in most developed markets, where mobile network operators (MNOs) have rolled out infrastructure wherever there is a good business case. Coverage exceeds 99% of the population in most European markets, but this still leaves many premises in mobile 'not-spots'. For example, the UK has about 80 000 premises without 2G voice coverage.1 The number of premises that lack mobile broadband (that is, 3G and 4G) coverage is far greater. Governments may need to intervene in the market to serve the significant number of premises in mobile not-spots.

Government intervention would be required to eliminate not-spots, according to our study

Governments have strong incentives to intervene because mobile coverage can deliver economic benefits. It enables flexible and remote working, and improves workforce availability and productivity. Mobile services are also increasingly important to the social welfare of citizens in areas such as health, education and social inclusion. Analysys Mason's recent study for a European government explored these benefits in more detail and assessed the cost and feasibility of intervening to address not-spots.

We undertook a geographical analysis of sample rural areas to determine the characteristics of not-spots in terms of area and number of premises. We then determined the total cost of covering these not-spots using appropriately dimensioned passive and active cell site infrastructure (typically based on small cells such as picocells or microcells at 900MHz) and then benchmarked unit costs.

Not-spots that contain larger numbers of premises can be covered more cost-effectively because of economies of scale. By addressing the largest not-spots first, 50% of unserved premises in our sample could be covered for an average cost of EUR1100 per premises. Investment levels rise sharply as coverage is extended to less-densely populated areas. We calculated that it would cost EUR6900 per premises to address all not-spots in the country, based on an extrapolation of the sample results.

The most significant government intervention in mobile coverage to date is the UK's Mobile Infrastructure Project (MIP), in which the government is investing GBP150 million (EUR185 million) in the passive infrastructure required to cover not-spots. All of the country's MNOs have agreed, in principle, to provide services from these sites. The aim of the MIP is to use large macrocell sites to improve coverage for up to 60 000 premises, as well as some major transport routes. This equates to a GBP2500 (EUR3100) public subsidy per premises. The MNOs will have to meet the additional costs of active network equipment and any ongoing operational costs, such as power.

Declining equipment costs and emerging technologies could reduce the need for subsidies, but challenges remain

The level of government subsidy required to address not-spots depends on the intervention model used. In the case of the UK's MIP, the government is subsidising passive site infrastructure and all four MNOs have agreed to cover the cost of the required active equipment. An alternative model would be to fund demand-driven community schemes through the provision of grants on a per-premises basis. This approach would reduce the market risk for service providers.

It may be possible to reduce capital investment costs through the use of public sector assets, such as lampposts and rooftops. Favourable ground rent rates for sites can also reduce MNOs' operational costs, thereby improving the business case for network roll-out. The cost of small cell equipment is forecast to decline sharply over the next 2 years as the market matures, which could also reduce the overall cost of not-spot coverage.

Femtocells are an alternative technical solution to address not-spots, but they will not provide outdoor coverage and require reliable fixed-line broadband connections, which are often not available in remote rural areas. Very little public subsidy would be required for femtocell roll-out because retail equipment costs are typically around EUR125 per premises, which could be provided through a demand-led micro-grant scheme. Many European MNOs are reluctant to encourage widescale deployment of femtocells for operational reasons, but governments and regulators could put greater pressure on them to do so.

New technologies and business models are emerging that could help achieve truly ubiquitous coverage. For example, Vodafone's 'open femto' approach makes use of established fixed-line broadband and power infrastructure, which significantly reduces network deployment costs. It provides outdoor coverage and does not restrict access to registered users. The solution is being trialled in 13 communities in the UK and has the potential to provide coverage to not-spots at lower costs than current technologies, thereby reducing the requirement for government subsidy.

Delivering ubiquitous coverage will be challenging despite the falling capital costs of technology and governments' recognition of the economic and social welfare value of mobile coverage. Commercially driven MNOs will still need to accept the operational costs and market risk at a time when the decline in ARPU levels is widespread.2 The Digital Agenda for Europe aims to provide universal access to 30Mbps broadband services by 2020, and cellular wireless technologies will be key to achieving this. This target complements the elimination of mobile not-spots, but governments will need to provide considerable subsidies through effective intervention strategies if truly ubiquitous coverage is to be achieved.

Analysys Mason delivers strategy advice, operations support and market intelligence to leading commercial and public-sector organisations in telecoms, IT and media. Analysys Mason consistently delivers significant and sustainable business benefits. We are respected worldwide for the exceptional quality of our work, our independence and the flexibility of our teams in responding to client needs. The company has over 250 staff and 12 offices globally.