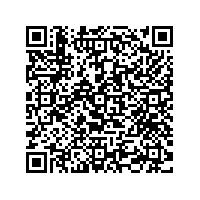 Content is at the core of Cameroon's DTT strategy, says Analysys Mason

Subscribe to news
(PresseBox) ( Paris, 14-07-08 )
Analysys Mason, FTPA and Osiris Intelligence Stratégique (Osiris) have just submitted their conclusions and recommendations to the Government of Cameroon about the launch of Digital Terrestrial Television (DTT). The recommendations were presented in Yaoundé on 25 June 2014 to a select committee of ministers chaired by Louis Paul Motaze, Secretary-General of the Government, and including the Minister of Posts and Telecommunications and the Minister of Communications.

In September 2012, the Government of Cameroon finalised its strategy for the migration from analogue to digital broadcasting, and created CAM-DTV, a national body tasked with supervising the migration in Cameroon. CAM-DTV is currently overseeing the transition process from analogue to DTT. Analysys Mason, FTPA and Osiris were appointed as a consortium by CAM-DTV to provide support to the Government of Cameroon with regard to the strategic, legal and content aspects associated with the transition process. The work carried out by the consortium from January to June 2014 has helped inform the future decisions of the government about the migration to DTT.

The support provided by the consortium lies within a wider context of forward thinking and initiatives undertook by CAM-DTV and the Government of Cameroon to rethink, reshape and redefine the whole audiovisual landscape from an economic point of view. The focus of the consortium's work, however, was mainly on the DTT switchover. In order to guide the consortium's thinking and answer CAM-DTV's key questions, five public policy objectives were identified:

- free-to-air DTT available to all
- diversified TV offering with an increased number of channels
- promotion and development of content production at the local and regional levels
- involvement of TV industry stakeholders in implementing the transition
- development and protection of the national TV industry.

According to Lluís Borrell, Partner at Analysys Mason and project director for the consortium, "Cameroon is one of few sub-Saharan African countries to have considered more than just the purely technical aspects involved in migrating to DTT, in particular by focusing its thinking on content and production and more generally by placing the audiovisual sector and the citizens of Cameroon at the core of the transformation". "In our opinion, other African countries could learn from Cameroon, and we would like to take this opportunity to congratulate the Government of Cameroon on its all-encompassing vision", adds Mr Borrell.

"The challenges and political decisions associated with putting content at the core of the digital switchover are numerous. We are glad to have contributed to the reflections of CAM-DTV while providing a structured vision for the whole audiovisual market, and to have been able to provide the government with a fully operational strategic, economic and legal toolkit. The implementation of our recommendations will need a lot of effort and involvement from the government and the sector as a whole to be achieved", explains Olivier Pascal, Manager at Analysys Mason and project manager for the consortium.

"DTT switchover should be an occasion for Cameroon to regain its own audiovisual space and express its cultural identity", insists Olivier Zegna-Rata, founder of Osiris.

At the core of Analysys Mason's offer are two key services: consultancy and research. To support these, we have developed skills and techniques that deliver tangible results for clients the world over. One of the features that sets our consultancy work apart is our exclusive focus on telecoms, media and technology (TMT). We are specialists, and proud of it. Analysys Mason works with clients across the TMT sector and across the world. Most important of all, we never forget that the point of consultancy is to make a tangible difference to our clients' businesses. In terms of our research, many of the world's leading network operators, vendors, regulators and investors subscribe to our research programmes and rely on our insight to inform their decision making. Clients also have the opportunity to engage one-to-one with our subject-matter experts for tailored advice on critical business issues.