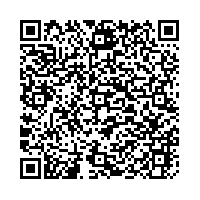 Subscribe to news
(PresseBox) ( Aldwych,London, 13-03-15 )
On 8 March 2013 the Czech Telecommunication Office (CTO) halted the Czech Republic's multi-band auction for spectrum at 800MHz, 1800MHz and 2.6GHz frequencies. "Excessively high" spectrum prices were cited as the main reason for the cancellation. In this article, we examine the prices in the Czech auction and consider whether or not they can be described as "excessive", before outlining problems that might arise from high auction prices. Finally, we consider the CTO decision in the context of the recent UK multi-band auction (for 800MHz and 2.6GHz frequencies), where prices were lower than anticipated.

The CTO indicated that auction prices had reached CZK20 billion (EUR785 million). That translates to around EUR75 per head of population, or given the total of around 300MHz of spectrum on offer, a price of EUR0.25/MHz/pop. Figure 1 shows the prices paid at recent multi-band spectrum auctions in Europe compared with the prices reached in the Czech Republic when the CTO cancelled the auction. This comparison is based on the total revenue generated by each auction divided by the total number of MHz of spectrum sold. Values are then normalised based on the population of each country and, in a second data series, also based on the GDP per capita at purchasing power parity (PPP).[1]

However, the above comparison is not on a true like-for-like basis. Although all auctions were multi-band, the mix of frequencies on offer in each auction was quite different, and this can make the comparison of the average price per MHz, to some extent, unfair. For example, the auction in the UK did not include the 1800MHz band. The auctions in Ireland and the Netherlands raised considerably higher amounts of around EUR0.63/MHz/pop and EUR0.68/MHz/pop respectively. However, these auctions both included 2×35MHz of the extremely valuable 900MHz band, as well as considerably more spectrum in the 1800MHz band and considerably less at 2.6GHz than in the Czech Republic.

The best way to compare spectrum prices would be to look at individual spectrum bands. For simultaneous multi-round ascending (SMRA) auctions this is generally possible, but for combinatorial clock auctions (CCAs), such as those in Ireland and the Netherlands, this is not the case because bidders place bids on packages rather than on individual bands.

Why could high spectrum prices be a problem?

The CTO believes that high spectrum prices were likely to lead to excessive prices for consumers, particularly for 4G Internet services. The CTO also points out that the high prices might lead to a "time delay when placing next-generation networks in commercial operation."[3]

While it is not impossible that high spectrum prices could be passed on to consumers in the form of higher retail prices, this does not tie in with standard economic theory, assuming a competitive market. Conventional thinking suggests that operators' pricing decisions should not take into account sunk costs (that is, unavoidable costs that do not vary with the number of customers). The amount paid for spectrum in an auction is such a sunk cost, because the amount cannot be reclaimed by the operator from the government and does not vary based on the operator's future level of output.[4]

Variable input costs have a bearing on retail prices, but we expect that competitive constraints are likely to be the key driver. For example, operators in the UK paid around GBP22.5 billion (more than EUR25 billion even at current exchange rates) for 3G licences in 2000. Since then, the UK has enjoyed some of the highest mobile penetration and lowest retail prices in Europe because of the intense competition between five (now four) mobile network operators. In contrast, retail prices in France, prior to the entry of fourth operator Free, had remained significantly higher, despite much lower 3G licence payments.

High auction prices could also potentially dampen incentives or ability to roll out new networks quickly.[5] For example, if operators are perceived to pay too much for spectrum, share prices could fall (as happened recently in the Netherlands) and it may be harder to raise capital from financial markets. However, on balance it remains unclear that high auction prices would be damaging to consumers, so long as the market is sufficiently competitive that the economic arguments above hold true.

What does the CTO decision mean in the context of the recent UK auction?

It was widely commented that the prices fetched in the UK were below expectations. At the time, Ofcom made the point that its aim had not been to maximise revenue and that its chosen format would have been very different had it wished to do so. That is not to say that its approach was designed to keep prices low. As it turned out, the willingness and ability to pay of the UK operators was the main factor resulting in low auction prices rather than any particular property of Ofcom's approach.

The news from the Czech Republic helps to re-enforce Ofcom's point that the relatively low UK auction prices may ultimately benefit UK consumers. However, with low prices and ambitious roll-out plans firmly part of the UK landscape, it is difficult to say that these plans would have changed had the operators paid more for their spectrum.

[1] All prices are normalised to the UK GDP per capita at PPP.

[2] According to the CTO prices may have gone much higher, because the auction did not look likely to end quickly.

[4] This may be subject to spectrum trading and precise licence conditions. However, in any case a licence cost is not really one that could be considered to vary with the number of subscribers.

[5] This is difficult to test empirically since 4G is still a relatively new service and therefore it is too early to establish any clear causation between high 4G auction prices and the speed of network deployment.

Analysys Mason is a global consultancy and research company specialising in telecoms, media and technology (TMT). Our clients in the TMT sectors operate in dynamic markets where change is constant. We help shape their understanding of the future so they can thrive in these demanding conditions. To do that, our consultants have developed rigorous methodologies that deliver real-world results for clients around the world. In terms of our research, the world's leading network operators, vendors, regulators and investors subscribe to our research and rely on our insight to inform their decision making.