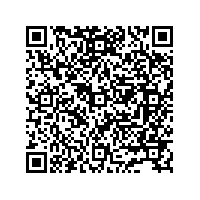 AS3661 expands the ams family of baseband-independent, low-power smartlight drivers

The device is useful for many consumer electronics devices such as 3G and LTE modems, USB memory sticks, game controllers and headsets in which indicator lighting can enhance the user interface, and in which high-value light effects and low power consumption are required.

The AS3661 allows easy command-based programming of all light patterns. Three independent program execution engines form three independently programmable LED banks. This means that LED drivers can be grouped based on their function so that, for example, the first bank of drivers could be assigned to keypad illumination, the second bank to 'funlights' (patterns of light outputs produced by multiple LEDs), and the third group to notification LED(s).

Each bank can contain from one to nine LED driver outputs; the AS3661 offers nine LED channels in total with up to 25mA per channel. A dedicated 12-bit PWM for each of the nine channels delivers absolutely smooth color transitions and enables the production of linear, logarithmic and ratiometric fading effects.

Instructions for the program execution engines are stored in the program memory. The total capacity of the program memory is 96 instructions and the user can allocate a memory of 1.5kbit as required by the engines. The AS3661 smart LED driver has an I2C-compatible control interface with four pin-selectable addresses. The device also has a flexible General Purpose Output (GPO) which can be used as a digital control pin for other devices. The INT pin can be used to notify the central processor when a lighting sequence has ended. The device also provides a trigger input interface which allows for synchronization between multiple devices.

To optimize battery lifetime the design of the AS3661 includes various power-saving features. Each channel operates on a dropout voltage of less than 50mV at 10mA powered by a high-efficiency 150mA charge pump with automatic switching between 1:1 and 1:1.5 mode. Furthermore, a power save mode is automatically entered when LED outputs are not active, resulting in a low idle mode current of 10μA (typical).

"ams has always been a leap ahead in bringing exciting new functionality to market for mobile phones and other consumer electronics devices. Our AS3661 smartlight driver enables systems designers to offer users more eye-catching effects and functionality than ever before. This new product truly brings color into the life of portable devices," said Ronald Tingl, Senior Marketing Manager of opto-electronic products at ams. "The AS3661 joins a broad ams portfolio of lighting products such as flashlight and backlight and dot matrix drivers, as well as powerful lighting management units."

The AS3661 complements the existing ams family of smartlight drivers consisting of:

- the AS3665 LED driver, a larger version of the AS3661, which also addresses nine LEDs but which also has an audio synchronization mode in which the LED changes brightness and color in response to audio inputs
- the AS3668, a simple and smart four-channel RGBW driver.

Price & Availability
The AS3661 smartlight driver is available in a small 2.285mm x 2.285mm 25-bump WL-CSP requiring few external components. The device is in volume production, priced at $1.15 in 1,000-piece quantities.

Technical Support
A demonstration board for the AS3661 smartlight driver is available. Contact ams for the price.
For further information on the AS3661 or to request samples, please visit www.ams.com/smartlight-driver/AS3661.

With headquarters in Austria, ams employs over 1,200 people globally and serves more than 6,500 customers worldwide. ams is the new name of austriamicrosystems, following the 2011 acquisition of optical sensor company TAOS Inc. ams is listed on the SIX Swiss stock exchange (ticker symbol: AMS). More information about ams can be found at www.ams.com.