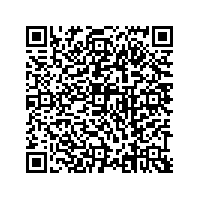 (PresseBox) ( Unterpremstaetten, Austria, 10-08-09 )
austriamicrosystems (SIX: AMS), a leading global designer and manufacturer of highperformance analog ICs, today introduced the AS3900 27 MHz FSK (frequency shift keying) low power transceiver. The AS3900 features builtin star network management protocol, and is the only such transceiver operating in the 27 MHz worldwide ISM (industrial, scientific and medical) band. Operation in this band avoids the interference found in the popular but cluttered 2.4 GHz band and results in a lower amount of energy being absorbed by the human body (SAR or specific absorption rate). This is a key consideration for transmitters operated close to the human body such as a BAN (body area network) or MBAN (medical body area network).

The AS3900 low power transceiver features austriamicrosystems' builtin star network management protocol which offers a hardwired, royaltyfree easy to use protocol for selfmanagement of all network functions. The hardwired star network protocol simplifies product design and significantly reduces system power compared to alternative approaches requiring protocols that run fulltime on an external or internal microcontroller. The low powered transceiver requires only 2.5 ?A in polling mode, and typically 3.8 and 4.9 mA in receive and transmit modes respectively, and include the power required to manage the star network.

Bruce Ulrich, Director of Marketing Consumer and Communications at austriamicrosystems, stated, "With the AS3900 FSK transceiver, austriamicrosystems ushers in a new era of simplicity into the low powered transceiver market space. No longer do systems design engineers need to consult RF and network protocol experts when integrating low powered networked transceivers into their designs, and time to market for their products is greatly reduced."

The performance and capabilities of the AS3900 make it well suited for a number of applications where low power shortrange data exchange is required. Such applications include data transfer among devices close to a human body, such as medical and intelligent sporting goods, industrial automation, body area networks and any short range sensor network. An integrated wakeup receiver allows an ultralow current consumption of only 2.5 ?A while in polling mode. The AS3900 operates with a small PCB antenna that resonates at 27 MHz. Properties of 27MHz transmissions enable better penetration of fluids than 2.4GHz, and prevent reflections from giving errant range estimations using RSSI (received signal strength indication).

The AS3900 transmits data at up to 212 Kbit/s and integrates a number of key features, resulting in a low bill of materials. Integrated functions include the power amplifier, clock, 24 bits of OTP memory, battery level detection, power on reset (POR) and system timers. Digital RSSI, onboard CRC (cyclic redundancy check) and a bidirectional SDI bus (serial digital interface) allows for easy system integration.

The AS3900 low power transceiver is available in a 5x5 mm 28pin QFN package, operates from a 2.2 Volt power supply, and has an ambient operating temperature range of -40 to +85°C.

Samples are available now at austriamicrosystems' webshop ICdirect. Pricing in 1,000piece quantities is $2.25.

austriamicrosystems is a leading designer and manufacturer of standard and customized highperformance analog ICs in the areas of power management, sensors & sensor interfaces and mobile infotainment. Complemented by its full service foundry services, the company focuses on the communications, industrial & medical and automotive markets. austriamicrosystems leverages almost 30 years of expertise in low power and high accuracy to provide industryleading products, operating worldwide with more that 1,000 employees with its own stateoftheart manufacturing and test facilities. austriamicrosystems is listed on the SIX Swiss Exchange in Zurich (ticker symbol: AMS). For more information, visit www.austriamicrosystems.com