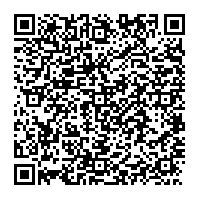 In addition to the rock-solid stability of ATI Radeon(TM) graphics drivers for Windows 7, the combination of Windows 7 and ATI Radeon graphics permits developers to fully utilize the DirectX 10.1 API used by Microsoft to design the Windows 7 Aero desktop. Graphics with hardware support for the DirectX 10.1 API, currently available in ATI Radeon(TM) HD 3000 and ATI Radeon(TM) HD 4000 series products, can deliver the full Windows 7 Aero desktop PC experience, including support of new features such as Aero Peek and Aero Shake, both designed to improve navigation of the Windows 7 desktop.

Matching ATI Radeon graphics with Windows 7 can deliver high-fidelity graphics as well as unsurpassed image enhancements such as:

"Thanks to the incredible expertise within our driver development team, we led the Windows Vista transition with a WHQL-certified unified driver that delivered industry-leading stability," said Ben Bar-Haim, corporate vice president, Software Engineering, Graphics Products Group, AMD. "The advanced state of our Windows 7 drivers this far ahead of the final Windows 7 release is yet another proof point of our graphics industry leadership. We are ready for Windows 7."

AMD, the AMD Arrow logo, the ATI logo, ATI Radeon, Catalyst and combinations thereof, are trademarks of Advanced Micro Devices, Inc. Microsoft, DirectX and Windows are registered trademarks of Microsoft Corporation in the US and other jurisdictions. Other names are for informational purposes only and may be trademarks of their respective owners.