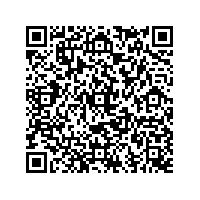 - Earlier this year, AMD released its OpenGL 3.0 drivers and offered innovative OpenGL extensions to help enable improved performance scaling and parallel processing with multiple GPUs and enhanced scene realism through increased geometry detail.
- ATI Catalyst(TM) graphics driver support for ATI FirePro graphics accelerators, including support for OpenGL 3.1, is expected to be available August 12th at http://ati.amd.com/support/driver.html.
- OpenGL 3.2 will be the newest revision of this industry standard and was announced this week at SIGGRAPH 2009. In upcoming ATI Catalyst software releases AMD plans to continue to expand its support for extensions targeted at future versions of OpenGL, including OpenGL 3.2.

AMD, the AMD Arrow logo, ATI, the ATI logo, Catalyst, FirePro, and combinations thereof are trademarks of Advanced Micro Devices, Inc. Other names are for informational purposes only and may be trademarks of their respective owners.