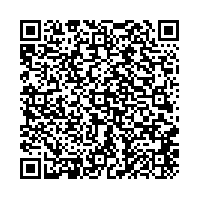 (PresseBox) ( Sydney, Australia, 09-08-27 )
Altium Designer has been chosen as the electronics design solution for the WorldSkills Competition's electronics category.

The WorldSkills Competition is a event held every two years that brings together more than 900 of the best young professionals from around the world. The electronics design category is one of 45 in which competitors compete for gold at this prestigious event. The competition takes place 1-7 September, 2009 in Calgary, Canada. For more information, visit www.worldskills2009.com

Altium supported the same category at the WorldSkills Competition in Shizuoka, Japan, in 2007. Before Altium's involvement, schematic capture and PCB design were tested individually. Now, using Altium Designer, finalists can be tested on both domains in a single competition event.

These build on features such as real-time 3D PCB design and clearance checking, real-time links between the ECAD and MCAD worlds, and one-click document management.

Altium Designer brings together schematic capture, board layout and FPGA design into a single application. This unified environment lets designers experiment with intelligent devices, test ideas and deploy complete and working electronics in days or weeks, instead of months.

"The next generation of designers will be the drivers of the change. And by using Altium Designer in the WorldSkills competition, a solution that makes use of the latest technology trends, these students will be better equipped to design intelligent and connected electronics that challenge the status quo," said Nick Martin, CEO and Founder of Altium. "By sponsoring the WorldSkills competition, we hope to foster their talent early and provide greater opportunities for each of them in their future careers as the next generation of designers."