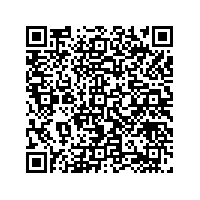 (PresseBox) ( San Diego, CA, 17-04-04 )
Altium has announced that it is establishing a direct business model in France to enhance relationships and improve the overall experience of customers using Altium Designer®, Altium Vault®, PDN Analyzer™, and other products.  Altium Europe, headquartered in Munich, Germany, will take over responsibilities for sales and support for all existing and new customers effective April 1, 2017.

“This transition is a major step in our strategy to increase the scope of Altium’s customer relationships in Europe”, stated Rainer Asfalg, Vice President of Sales for Altium Europe. “Customers in France will benefit from closer interaction with Altium’s rapidly expanding global customer base, as well as our sales and technical support teams.”

“We are incredibly excited to have the opportunity to closer support our customers in France,” said Altium CMO Ted Pawela.  “Altium’s mission is to empower the engineers and designers who create electronic products and systems, and as France is a recognized leader in high-tech innovation, it is natural that we interact directly.”

Altium will be hosting a series of events for customers and prospective customers in Europe, including Paris on May 18, and Lyon on June 2, 2017.  To register or learn more, please visit http://www.altium.com/contact-us

Founded in 1985, Altium has offices worldwide, with US locations in San Diego, Boston and New York City, European locations in Karlsruhe, Amersfoort, Kiev and Zug and Asia-Pacific locations in Shanghai, Tokyo and Sydney. For more information, visit www.altium.com. You can also follow and engage with Altium via Facebook, Twitter and YouTube.