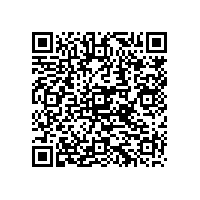 Revenues of EUR 67.4 million and FFO of EUR 21.6 million in line with full year guidance

In the first nine months of 2010 revenues decreased by 12.8% year-on-year to EUR 67.4 million, mainly as a result of the disposal of real estate assets. The Funds From Operations for the first nine months of 2010 fell by 10.8% to EUR 21.6 million. Despite a good operating development alstria's net profit as of end of September dropped to EUR -11.5 million. The loss was caused by a negative non-cash impact from interest derivatives amounting to EUR 33.0 million (EUR 28.6 million in Q3) which is a result of the EUR 646 million refinancing of alstria's syndicated loan. Neither FFO nor shareholders' equity is affected by the above mentioned one-off burden. Excluding this one-off effect, alstria would have shown a net income of EUR 20.7 million.

In the first 9 months of the year the company has signed new leases1 of 15,200 sqm of space, or around 18% of the vacancy of the portfolio at the beginning of the year. Despite the sale of fully let assets, the total vacancy rate in the portfolio has decreased in the third quarter from 7.7% (as of end of June 2010) to 7.3%, mainly reflecting the strong leasing result of the company. The strategic vacancy is now at 27,100 sqm, while operational vacancy is stable at 31,000 sqm.

Publication of the first CSR report

Today alstria is publishing its first CSR report which compiles CSR data for the years 2008 and 2009. The report has been drafted in accordance with the Global Reporting Initiative G3 guideline and is self-certified C. alstria is the first German real estate company to publish such a report, and plans to publish such a report on an annual basis. More information on the CSR report is available on www.alstria.com/sustainability.

"In the third quarter of 2010 alstria was able to further strengthen its portfolio quality, its profitability and the balance sheet," said Olivier Elamine, CEO of alstria. "The successful capital increase in September increased our flexibility with respect to internal and external portfolio growth. While we never lost the focus of extracting value from the existing portfolio, as demonstrated by the lease-up of the Mundsburg tower, we have been able to ideally position alstria to take advantage of the acquisition opportunities that undoubtedly will arise in the market."

alstria confirms its forecast for the 2010 financial year: annual revenues of EUR 89 million and EUR 27 million in FFO.

Invitation to the conference call on November 10, 2010

Please note that you can watch Olivier Elamine and Alexander Dexne's presentation live as a webcast on our website (under "Investor Relations" - "Presentations and Speeches") at www.alstria.com. As soon as the conference call begins, the presentation (and the Q3 report under "Financial Publications") will be also available for download.

This release constitutes neither an offer to sell nor a solicitation of an offer to buy any shares. As far as this press release contains forward-looking statements with respect to the business, financial condition and results of operations of alstria office REIT-AG (alstria), these statements are based on current expectations or beliefs of alstria's management. These forward-looking statements are subject to a number of risks and uncertainties that could cause actual results or performance of the Company to differ materially from those reflected in such forward-looking statements. Apart from other factors not mentioned here, differences could occur as a result of changes in the overall economic situation and the competitive environment - especially in the core business segments and markets of alstria. Also, the development of the financial markets and changes in national as well as international provisions particularly in the field of tax legislation and financial reporting standards could have an effect. Terrorist attacks and their consequences could increase the likelihood and the extent of differences. alstria undertakes no obligation to publicly release any revisions or updates to these forward-looking statements to reflect events or circumstances after the date hereof or to reflect the occurrence of unanticipated events.

alstria office REIT-AG is an internally managed Real Estate Investment Trust (REIT) focused solely on acquiring, owning and managing office real estate in Germany. alstria was founded in January 2006 and was converted into the first German REIT in October 2007. Its headquarters are in Hamburg.

The alstria office REIT-AG strategy is based on active asset and portfolio management as well as on establishing and maintaining good relationships with key customers and decision makers. alstria focuses on long-term real estate value creation.