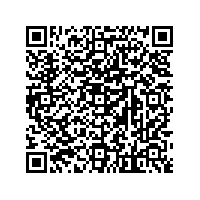 Power station to be phased into operation from 2015

More than 100 guests, including representatives of municipal, cantonal and federal authorities as well as the Swiss Federal Railways (SBB), FMV and Alpiq, gathered on the Emosson dam in the Valais Alps on 30 June 2009 to celebrate the official start of construction of the Nant de Drance pumped storage power station. Alpiq has a 54 percent share in the project, SBB 36 percent and FMV 10 percent. In the course of the festivities Walter Steinmann, Director of the Federal Office for Energy, handed over the concession certificates to the municipality of Finhaut, the canton of Valais and Nant de Drance SA. A bronze plaque was also unveiled.

In his address, Alpiq CEO Giovanni Leonardi pointed to the importance of the Valais mountains, which he called the "traditional home of Swiss hydro power". He also underscored the partnership with SBB and FMV and emphasised the importance of Nant de Drance in terms of cooperation, security of energy supply and economic stimulus.

SBB CEO Andreas Meyer discussed the relevance of the Nant de Drance project for rail passengers. People who take the train are environmentally conscious, he said, adding that the SBB is aiming to reduce emissions further, this being one of the areas targeted on improvements. Said Meyer, "Seven out of ten trains in Switzerland operate on hydroelectricity: more than anywhere else in the world."

The Nant de Drance pumped storage power station is one of Switzerland's most important infrastructure projects for hydroelectricity production. With its 600-Megawatt turbine and pump capacity, it will make a key contribution to security of energy supply in Switzerland. The power station is scheduled to go into phased operation from 2015.

Nant de Drance utilises the gradient between the two existing dams, Emosson and Vieux Emosson, in the Valais border municipality of Finhaut between Martigny and Chamonix. The plant will be constructed entirely underground. Access to the caverns, at an altitude of 1700 meters above sea level, will be enabled via a 5.6 kilometer long tunnel. As a result of this non-invasive approach, the impact on the environment will be minimal.

In view of the rise in demand at peak times, Nant de Drance will make an important contribution to security of energy supply in the Swiss electricity grid, and help to meet consumption peaks in the SBB's rail operations and those of the private railways it supplies with power. Thanks to modern engineering technology, the power station can offset fluctuations in the grid within a short space of time, and compensate for irregular renewable energy production. The plant will boast a high efficiency yield of more than 80 percent.