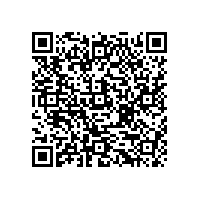 (PresseBox) ( Olten, 09-02-20 )
The Atel Group has posted good results for the 2008 financial year, achieving a new record high of CHF 1,281 million (+2.2 percent) in operating income (EBITDA). At CHF 1,001 million (-0.4 percent), EBIT was on a par with the high figure recorded in the previous year. Net revenue amounted to CHF 12.9 billion (-4.1 percent). Following the merger with EOS of Western Switzerland, Atel was renamed Alpiq Holding Ltd. on 1 February 2009, with registered office in Neuchâtel.

The Atel Group has achieved good results for fiscal 2008: Energy sales by the Olten-based energy services provider amounted to 96 TWh, generating Group revenue of CHF 12.9 billion. The 4 percent drop compared to 2007 is attributable to lower liquidity on the energy markets and targeted adjustments made to the trading and sales activities. At CHF 1,281 million, EBITDA was 2 percent higher than the previous-year value, while earnings before interest and tax (EBIT) were on a par with the 2007 figure at CHF 1,001 million (-0.4 percent). The outstanding performance of the Energy Services segment was a key contributor to this result. Group profit was 5.8 percent lower at CHF 733 million, chiefly due to the lower valuation of financial holdings and to exchange rate losses. At the Annual General Meeting to be held on 23 April 2009, the Board of Directors will be proposing a dividend of CHF 10 per share. In the previous year a reduction in par value of CHF 10 per share was carried out instead of a dividend payment.

The Energy segment enjoyed favourable conditions in the first half of 2008, with rising energy prices resulting in an increase in the half-year figures. In the second half-year, European electricity markets were gripped by the turmoil on financial markets coupled with a fall in raw material prices, leading to a sharp drop in the number of trading partners, market liquidity and hence trading opportunities.

Forward prices for electricity trading dropped by around 35 percent versus July 2008. Growth was also slowed down by regulatory constraints coupled with rising auction costs for cross-border trading and sales. Additional negative factors affecting the results were a further reduction in the fair value of the decommissioning and disposal funds for nuclear energy facilities, as well as exchange rate losses. For the full year the Energy segment recorded revenue of CHF 10,712 million (-6.9 percent), and EBIT of CHF 867 million (-5.7 percent).

The Energy Services segment benefited from a good order volume and a high appetite for investment in the Swiss and German markets. Strong demand was shown particularly for services related to energy distribution and large power plant construction. Atel Installationstechnik Ltd. (Zurich) and the GAH Group (Heidelberg) grew consolidated revenue by CHF 283 million or 14.4 percent to CHF 2,242 million, while EBIT for the segment rose by approximately 56.5 percent to reach a new record high of CHF 133 million.

At the end of 2008 Atel merged with EOS of Western Switzerland, with EDF contributing the rights to its 50 percent interest in the Emosson storage power station. On 1 February 2009, the holding company was renamed Alpiq Holding Ltd. with registered office in Neuchâtel. In the course of 2009 various Atel and EOS subsidiaries will be gradually renamed.

2008 results of the Alpiq Group

Based on the results recorded by Atel and EOS, the Alpiq Group posted consolidated revenue for 2008 of CHF 15.8 billion, EBITDA of CHF 1,726 million, EBIT of CHF 1,198 million and Group profit of CHF 790 million. These results must be regarded as provisional since the assets contributed by EOS and EDF had not been fully integrated in the financial accounts by the end of January 2009.

The merger between Atel and EOS to create Alpiq will generate additional business and growth opportunities in the medium term. The new company has significantly more production capacities and new procurement sources at its disposal, and is benefiting from additional customer relations and an extended pool of skills and experience. The company is in a position to capitalise on synergies which will have a positive impact on business operations and results over the medium term. In view of economic and regulatory uncertainties, any forecast of revenue and results at this point in time would be premature.

Alpiq is the leading energy trader and services provider in Switzerland, geared towards Europe. The company was created at the beginning of 2009 as a result of the merger between Atel Holding Ltd. and EOS. In 2008 Atel and EOS achieved consolidated revenue of CHF 15.8 billion. The two companies are responsible for around one-third of Switzerland's electricity supplies. With a workforce of more than 10,000, Alpiq operates in 29 countries around Europe. The company specialises in electricity generation and transmission, sales, trading and energy services.