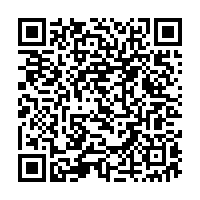 (PresseBox) ( Olten, 09-03-23 )
Effective 1 May 2009, Alpiq Holding Ltd. will become a new sponsor of Swiss-Ski. The leading Swiss energy company geared towards Europe and the Swiss Ski Association made their announcement at a media conference today in St. Moritz. The two partners have agreed on a three-year collaboration.

Alpiq Holding Ltd. has decided on its first major sponsorship and is to support Swiss-Ski. Announcing the collaboration today in St. Moritz, Alpiq cited several reasons behind its decision to sponsor Switzerland's national winter sports association. One explanation is to be found in the company's name: Alp stands for the Alps, and piq for "peak".

Swiss-Ski is an important and successful sports association

Alpiq will be supporting Swiss-Ski for three years, starting on 1 May 2009. Swiss-Ski is one of the most important and successful sports associations in Switzerland, combining under one roof the eight disciplines of downhill skiing, cross-country skiing, ski jumping, Nordic combination, biathlon, snowboarding, freestyle and telemark.

Like Swiss-Ski, Alpiq covers the various regions of Switzerland, and like the national ski association, the energy company also enjoys a strong partnership with the alpine cantons.

"Alpiq and winter sports share a lot in common: nature, mountains, snow, energy and peak performance," said Alpiq CEO Giovanni Leonardi, commenting on the partnership with Swiss-Ski. Urs Lehmann, President of Swiss-Ski, also welcomes the involvement: "Alpiq is a highly successful company with a Europe-wide reputation. In Alpiq we have found a strong partner that will also help Swiss-Ski and its athletes to achieve peak performance."

Alpiq provides peak load energy in 29 European countries. Winter sports are hugely popular in many of these nations, where competitions are held in which Swiss athletes compete. Alpiq will use these and other events as a means of raising awareness of its new name in the European market region.

Alpiq is the leading energy trader and service provider in Switzerland, geared towards Europe. The company was created at the beginning of 2009 as a result of the merger between Atel Holding Ltd. and EOS. In 2008 Atel and EOS achieved consolidated revenue of CHF 15.8 billion and are responsible for around one-third of Switzerland's electricity supplies. With a workforce of more than 10,000, Alpiq operates in 26 countries across Europe. The company specialises in electricity generation and transmission, sales, trading and energy services. More information on Alpiq: www.alpiq.com