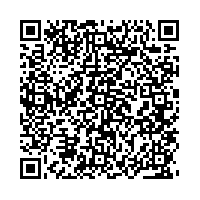 Premnitz in Germany is the ideal site

(PresseBox) ( Olten, 09-09-08 )
Swiss energy services provider Alpiq Holding Ltd. has taken a major step forward in its plans to build a 400-Megawatt gas-fired combined-cycle power station near Berlin. On 8 September 2009 it was granted approval via a German subsidiary for construction of the facility. Alpiq signed a purchase agreement for the power station site at the end of 2008.

On 8 September 2009, Atel Havelland Kraftwerk GmbH, a subsidiary of Alpiq Holding Ltd., received a positive decision on construction of a gas-fired combined-cycle power station in Premnitz, 70 kilometers west of Berlin. This preliminary decision grants permission in principle to build the 400-Megawatt facility on this site, and is legally binding. The decision was issued by the Brandenburg Office of the Environment. In December 2008, Alpiq acquired an option on the site for the planned power station and in the spring of 2009 applied to the Office of the Environment for permission to build the facility. The entire procedure to obtain permission from the Brandenburg authorities lasted less than half a year. Cooperation was constructive and efficient, and there were no objections against the power station from the local population.

Next step: Clear the site and prepare it for construction

Now the 70,000 square meter site is being cleared by the vendors and prepared for construction. This will take around 15 months, since the old facilities of chemical fibre factory Märkische Faser must first be dismantled. At the same time, Alpiq has started to draw up detailed technical plans and will drive the remaining approval process forward. If all continues according to plan, the definitive go-ahead on construction will be issued in the near future, and construction of the plant can begin in 2011. The construction period will take an estimated 24 months.

Expansion of sales in Germany through proprietary power stations

Alpiq Holding Ltd. is the leading energy trader and service provider in Switzerland, with a pan-European reach. The Alpiq Group was created in early 2009 as a result of the merger between the two energy pioneers Atel Holding Ltd. and Energie Ouest Suisse SA (EOS). In 2008, more than 10,000 employees in 26 countries generated consolidated annual revenue of around CHF 16 billion. Alpiq specialises in electricity generation, transmission, sales and trading as well as energy services, and is responsible for around one-third of Switzerland's electricity supplies.