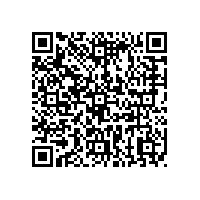 (PresseBox) ( Olten, 09-03-18 )
The two Swiss energy companies Atel and EOS have recorded good results for the 2008 financial year. This was announced today at a media conference held in Berne. Collectively, Oltenbased Atel and Lausanne-based EOS reported consolidated revenue of CHF 15.8 billion, operating income (EBITDA) of CHF 1.7 billion and Group profit of CHF 790 million, and together sold a total of 130 TWh of electricity. Since the merger on 1 February 2009, Atel and EOS have been operating under the name Alpiq Holding Ltd. with registered office in Neuchâtel.

Alpiq was created on 1 February 2009 as a result of the merger between Atel and EOS, with French-based EDF contributing the rights to its 50 percent share in the Emosson storage power station. The various Atel and EOS Group subsidiaries will be gradually renamed in the course of 2009.

At today's press conference in Berne, Alpiq reported on the 2008 results of Atel and EOS. Chairman Hans E. Schweickardt presented the new company as a "correct and timely response to the heavily fragmented Swiss electricity market". With their good year-end results for 2008, said Schweickardt, Atel and EOS have created the ideal conditions for a successful start and a promising future for Alpiq.

The Group's commercial activities contributed to the excellent performance represented by the 2008 results. The main reason for the growth of EOS on the markets is the optimised management of its hydropower generating assets and the realisation of the value of peak energy, demand for which is increasing as the new renewable energies grow in Europe. Despite the market fall at the end of the year, trading results are higher, amounting to CHF 38 million (31 million in 2007), i.e. a rise of 20% compared with 2007. The balance sheet total remains stable at CHF 4.7 billion. Equity as a proportion of the balance sheet total is 69% (72% in 2007).

With operating investments of CHF 135 million, the Group implemented its growth strategy in Switzerland and Europe. It continued investing in the development of its generating assets (CHF 124 million) and its transmission grid (CHF 11 million). The main hydropower projects are the restoration of the Cleuson-Dixence lined shaft (the plant being scheduled to return to service at the start of 2010), the raising of the Fah dam at Simplon (EES+) and increasing the capacity of the Forces Motrices Hongrin-Léman (FMHL+) facility. The Chavalon project is still very much a current project even if its realisation will depend on the framework conditions set by the Swiss Confederation. In 2008, EOS also strengthened its commitment to the new renewable energies, diversifying its portfolio for that reason in Switzerland and neighbouring countries. This development is based on three technologies: small hydropower (plants with a capacity of less than 10 MW), wind power and biomass.

In 2008, EOS launched 8 new renewable energy-related projects, which were all accepted by swissgrid. All in all, some 52 million kWh from additional renewable sources will be generated between now and 2012. These projects concern 2 windfarms - one at Le Peuchapatte in Jura Canton and the other in the Gros-de-Vaud / Nord Vaudois area -, a small hydro power plant at Fleschen in Valais Canton and 5 biomass schemes in Fribourg Canton. These projects represent a total capital expenditure of about CHF 80 million in Frenchspeaking Switzerland over 4 years.

EOS also invested in the new renewable energies in neighbouring countries, mainly France, Germany and Italy. By the end of 2009, the total production will be some 113 million kWh per year.

Towards a mobility that is more energy efficient

As announced in 2008, EOS has undertaken to promote more efficient technological solutions that in the long run will enable Switzerland's CO2 emissions to be considerably reduced. To reach this objective, research must mainly concentrate on heating and transport, which alone account for 76% of Switzerland's total CO2 emissions. In that context, electricity has a key role to play, especially by replacing traditional heating systems with heat pumps or by the development of electric vehicles. In December 2008, EOS signed a memorandum of understanding with the Renault-Nissan Alliance whereby the two parties undertook to co-operate to promote electric vehicles and explore fully the rollout of a battery recharging network.

The Atel Group reported good results in 2008, increasing operating income (EBITDA) by 2.2 percent to CHF 1.281 billion despite impairment of the nuclear decommissioning fund. At CHF 1.001 billion, operating profit was close to the high prior-year figure. At CHF 733 million, the Group's consolidated profit was 5.8 percent lower than the record figure reported in 2007.

High availability of power stations, successful operations in niche segments of the European energy market and the outstanding performance of the Energy Services segment had a positive impact on the results, while lower liquidity on energy markets, coupled with targeted adjustments to trading and sales activities and the effects of the crisis on financial markets had a negative impact.

Total assets rose by CHF 1.2 billion to CHF 10.6 billion due to investments and the related financing as well as open financial trading positions. The relevant balance sheet ratios remained stable at a high level. The Group continues to enjoy high liquidity and a sound equity ratio of 36 percent.

Equity including minority interests was around CHF 200 million higher at CHF 3.8 billion. As part of the public swap offer carried out by Atel Holding in January 2008 for shares in Aare-Tessin Ltd. for Electricity, around CHF 1.4 billion was reclassified from minority interests to share capital and share premium.

The Energy segment enjoyed favourable conditions in the first half of 2008, with rising energy prices resulting in an increase in the half-year figures. In the second half-year, European electricity markets were gripped by the turmoil on financial markets coupled with a fall in primary energy prices, leading to a sharp drop in the number of trading partners, market liquidity and hence the number of trading opportunities. Growth was also slowed down by regulatory constraints coupled with rising auction costs for crossborder trading and sales. The Energy segment recorded a 25.2 percent reduction in physical electricity trading to 96.3 TWh, due in particular to adjustments to the sales and trading strategy. Additional negative factors affecting the results were a further decline in the market valuation for the decommissioning and disposal funds for nuclear facilities, as well as exchange rate losses. Revenue generated by the segment fell by 6.9 percent to CHF 10.712 billion, with EBIT of CHF 867 million (-5.7 percent).

The Energy Services segment benefited from a good order situation and a high appetite for investment in the Swiss and German markets. Strong demand was shown particularly for services related to energy distribution and large power plant construction. Atel Installationstechnik Ltd (Zurich) and the GAH Group (Heidelberg) increased consolidated revenue by CHF 283 million or 14.4 percent to CHF 2.242 billion, while EBIT for the segment rose by 56.5 percent to reach a new record high of CHF 133 million. The main growth was recorded by the GAH Group in the field of industrial and power plant engineering. Atel Installationstechnik Ltd. grew organically as well as through the integration of newly acquired companies. One outstanding project in which AIT is involved is the installation of railway technology in the Gotthard base tunnel. The order, which was awarded to the Transtec Gotthard consortium led by AIT, is worth around CHF 1.7 billion, and the associated contracts were signed in April 2008.

In the year under review Atel made significant contributions to security of electricity supplies in Switzerland, among other things by submitting a general licence application to build a new nuclear power station in Niederamt, Solothurn. In the medium term Switzerland will need two new nuclear power stations. The decision on the sites for these new facilities is dependent on the political process and ongoing talks within the sector. The new plants must be built in the most suitable locations, and Niederamt in the canton of Solothurn is an ideal candidate. In 2008 the Atel Group also invested heavily in power plants in Europe. The Group is investing in gas-fired combined-cycle power plant projects in countries where the right political and social conditions are in place, for instance in Bayet, France, San Severo, Italy, and Spreetal, Germany. Atel is also building wind farms and hydroelectric power stations in Italy, Bulgaria and Norway, which offer optimal ecological and meteorological conditions.

Alpiq has an attractive mix of peak and base load energy, with a high share of environmentally friendly hydroelectricity and wind power. Thanks in particular to its extensive peak load energy capacities, it is well placed to leverage attractive emerging opportunities on the European energy market. It supports moves to stabilise the electricity grids, and views this as essential in view of the expansion in new renewable energies. With an installed capacity totalling around 6,595 MW, Alpiq makes an important contribution to energy security, both in Switzerland and Europe. The Group's own power plants provide the basis for reliable deliveries to customers, adjustable at all times to changing requirements.

Alpiq commands a strong position in Europe in the field of energy services. In the two core markets of Switzerland and Germany, Alpiq plays a leading role, backed by the broad service portfolio managed by its strong, well-established subsidiaries: the Swiss AIT Group and the German GAH Group. The Energy segment is also ideally positioned in Central Europe to play a pivotal role in the key markets of the region.

"The increase in production capacities, expanded customer base and mutual benefits provided by energy and energy services are opening up new business opportunities and growth options," said CEO Giovanni Leonardi of Alpiq's outlook for the current financial year. The company aims to rapidly exploit these opportunities - despite the financial and economic crisis.

Alpiq is the leading energy trader and services provider in Switzerland, geared towards Europe. The company was created at the beginning of 2009 as a result of the merger between Atel Holding Ltd. and EOS. In 2008 Atel and EOS achieved consolidated revenue of CHF 15.8 billion and are responsible for around one-third of Switzerland's electricity supplies. With a workforce of more than 10,000, Alpiq operates in 26 countries around Europe. The company specialises in electricity generation and transmission, sales, trading and energy services.