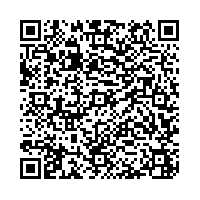 algoriddim Introduces the djay Remote App for iPhone and iPod Touch: the Power to Mix iTunes on the Move Is Now in Your Hands

(PresseBox) ( Frankfurt, Germany, 10-03-24 )
algoriddim (http://www.algoriddim.net), a leader in nextgeneration music software for the Mac, today announced the release of djay Remote, an app that turns a user's iPhone or iPod Touch into a fullyfledged DJ controller. Wirelessly syncing with algoriddim's djay software on the Mac, djay Remote enables users to mix and play their iTunes music, whether they're mingling with guests or mixing it up on the dance floor.

Already recognized as the most powerful and userfriendly software for mixing an iTunes collection, djay's unique features can now be controlled from the palm of the user's hand via a WiFi connection and an absolutely addictive iPhone interface that lets one literally touch and move their music. djay Remote completely changes the dynamic for DJs at any level - from the party host who can now socialize and mix from her iTunes library at the same time, to the club pro that wants to move from the front of the house and into the audience without missing a beat.

Using ultralow latency networking technology, djay Remote seamlessly integrates with djay over WiFi and is synchronous 2ways, so that any changes made on djay are automatically updated live on djay Remote, and vice versa. The remarkably realistic control that sets djay apart from similar software is carried over to djay Remote, including the ability to run Automix on a selection of songs, work two turntables individually, scratch and cue music in realtime and control high quality effects, looping, skipping and cue points - all from the iPhone and iPod Touch's unique and popular touch screen. The tactile interface of the touch screen perfectly dovetails with the handson capabilities of djay Remote to enable users to recreate the feel of a real turntable DJ setup and take their creativity onthego.

"After the great success of the recently launched Vestax Spin, the dedicated hardware controller for djay, we wanted to take another huge step forward in making DJing accessible to every iTunes user. The djay Remote is most definitely a leap ahead and is capable of bringing the joy of mixing to the masses," said Karim Morsy, CEO of algoriddim. "djay's enhanced Automix feature already lets users walk away from their Macs and still have their music mixed automatically, but now they can be just as creative and handson even while moving around the room. djay Remote has all of the features needed to rock the party, with a breakthrough interface that expands the arsenal of the creative performer."

- Seamless integration with djay via WiFi (twowaysynchronous)
- Ultralow latency
- Full access to the user's entire iTunes library on the Mac
- Automix function, for superior, convenient control
- Multi-Touch enabled mixing in realtime
- Individual control of dual turntables for scratching, cueing, skipping, and other effects
- EQ and volume controls
- An intuitive user interface that mimics djay's acclaimed design and ease of use, including a timeline with time/artist display, turntables with cover artwork, and rotating vinyl

djay Remote is available for $4.99 from the Apple app store at http://itunes.com/apps/algoriddim/djayremote. djay 3 for Mac (version 3.1 or later), which is available as a free trial from the djay web site, is required to run djay Remote. For more information on djay or djay Remote, please visit www.djay-software.com.

algoriddim is a Germanybased software company that specializes in nextgeneration Mac audio and multimedia applications. Its mission is to develop software that is accessible to the average consumer while offering the quality and power of professional tools. algoriddim consistently seeks out innovative methods for accommodating the needs of its customers. Its flagship music software, djay, is now serving a broad international audience of music lovers, professional DJs and worldclass musicians. djay also exclusively powers the popular Vestax Spin controller currently available through Apple Stores. To learn more about algoriddim, please visit www.algoriddim.net, www.facebook.com/djaysoftware and twitter.com/djaysoftware.

Recommend algoriddim Introduces the djay Remote App for iPhone and iPod Touch: the Power to Mix iTunes on the Move Is Now in Your Hands press release