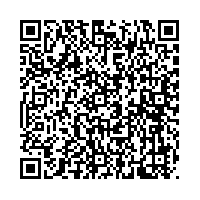 Subscribe to news
(PresseBox) ( Oldenburg, Prenzlau, 09-06-23 )
The owners of aleo solar modules benefit from first-class power yields even in Northern Germany. Yields recorded from aleo modules in Lower Saxony, Schleswig-Holstein and Mecklenburg-Western Pomerania are considerably higher than forecast - even approaching that achieved by some photovoltaic facilities in Germany's sunnier South. aleo solar's 2008 revenue generated in this region also highlights this fact as more than 10 percent of the company's total revenue was recorded in Lower Saxony and Schleswig-Holstein.

"In Northern Germany, the output of solar facilities using aleo modules is surpassing profitability forecasts by a wide margin," comments Norbert Schlesiger, director Sales at aleo solar AG. "In the last few years, many of our customers in Lower Saxony and Schleswig-Holstein have produced some ten percent more solar power than predicted. In coastal areas, facilities using aleo modules generate up to 1,200 kilowatt-hours per rated kilowatt-peak." This explains why the tender specification issued by a buying syndicate on the Baltic island of Fehmarn mandated the deployment of solar modules from aleo solar. To date, the 21 members of Fehmarn's buying syndicate have completed installations with around 5,500 aleo modules. This is a significant plus compared to the forecasts, which also increases the operators' rate of return.

Similarly high output is otherwise attained only in Bavaria and Baden-Württemberg - the regions with the bulk of online photovoltaic capacity to date. "When one considers the yields of premium modules in the North, one can see there's still huge potential for new rooftop business," states Norbert Schlesiger.

The top spots in Germany's "National Solar League" (www.solarbundesliga.de) are now no longer taken by local communities in Bavaria. A solar output of some 2.4 kilowatts per inhabitant has propelled the municipality of Kaiser-Wilhelm-Koog in Schleswig-Holstein to the top of the table. The community is also home to BeBa Energie GmbH, the firm that installed all of the Fehmarn buying syndicate's photovoltaic plants during 2008. Unusually, all of these solar facilities were given a technical inspection by consulting engineers from Hamburg, which revealed that all plants were installed perfectly and operate flawlessly. While this kind of inspection is the rule for new wind power plants, it is still an exception in the photovoltaics market. "The quality-conscious Fehmarn buying syndicate is made up of Enercon wind power facility operators. In deciding to expand their renewable energy generation into photovoltaics, the syndicate elected to use solar modules from aleo solar AG," explains Bernd Bartels, Director of BeBa Energie GmbH. BeBa Energie has been an aleo solar authorized specialist dealer since 2007.

aleo solar AG produces and sells solar modules using silicon cells. It also provides whole solar systems to the global photvoltaic market. The company was founded in 2001 and has been listed in the Frankfurt Stock Exchange's Prime Standard since 2006 (DE000A0JM634). The aleo solar Group currently employs 735 staff. It's manufacturing facilities in Prenzlau (Germany) and two more production sites in Spain and China have an annual capacity of 250 megawatts. The company generated revenue of EUR 360.5 million in 2008.