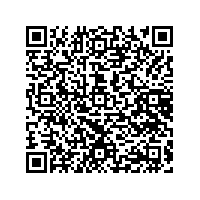 Albasolar supplies 3.9 MW to 46 roofs PV in supermarkets all across Portugal

Subscribe to news
(PresseBox) ( Portugal, 13-03-13 )
Albasolar, a wholesale distributor specialized in solar photovoltaic distribution to installers, has supplied 3.9 MW in solar modules to EDP -Portugal's main power utility- on the roofs of Continente supermarket chain all across Portugal.

EDP - Energias de Portugal- the leader in the Portuguese electricity market- has achieved an agreement with Sonae group -owner of the supermarket chain Continente, to invest and operate 46 PV installations for 15 years. After this period, Sonae group will be the owner of these installations.

The project has been divided into two phases. The first with 2.4 MW has already been concluded. A second one with 1.5 MW is currently under construction. The modules are being placed on a roof area over 50,000 m2 (60,000 yd2) and it is being developed in towns all over Portugal. The project is under the legal framework for solar power plants up to 250 kWp. The total estimated production is 125 GWh during 25 years, which is equivalent to the electricity used by 40,000 families in a year. Furthermore, it will prevent the emission of 42,000 tons of CO2.

The optimal performance of the plants is guaranteed with the solar panels of REC Solar -a Norwegian manufacturer which controls all the value channel of the module to produce high efficiency solar panels. In 2010 and 2011, REC panels ranked first in performance, according to the Photon Test. Also, REC is a manufacturer distinguished by its environmentally friendly production.

The Portuguese market is continuously growing despite the reduction of the tariff, due to the competitiveness of solar panels.

Portugal has published the Portaria 430 and 431 on December 31, which regulates the conditions for the mini- and microproduction during 2013. The Portuguese government has shown a strong support to solar energy. Tariffs have decreased, however, total capacity forecast to install has been increased in 11 MW for the smallest installation and in 30 MW for installations up to 250 KW.

For Albasolar, Portugal is a key market and represents about 30% of its global revenues. Albasolar opened a Portuguese subsidiary in 2009, based in Porto, in the north of Portugal. Since then, Albasolar has participated in the PV growth of the country supplying best in class equipment to Portuguese professional PV installers.

'By the end of 2012 Albasolar revenues in Portugal increased by 60% compared to 2011', said Alberto Sanroman, Global managing director of the company. 'We expect to increase our market share in 2013. Also, it is our aim to share the need of legislation on the self-consumption, one of our customers' greatest interests, due to the high demand for the photovoltaic sector in Spain.'

One more year, Albasolar will be exhibiting at Tektonica, the main Solar Exhibition in Portugal.

Albasolar, founded in 1993, focuses on the wholesale distribution of PV material. This year is its 20th anniversary as a PV distributor, specialized in supplying components only to installers. The company has offices in Portugal, Spain, Germany, France, US and South/Central America. Albasolar has a number of strategic agreements with the world's leading renewable energy manufacturers, providing installers with high-quality products at a fair price.