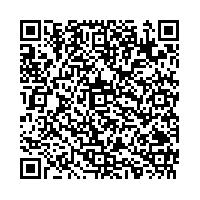 Subscribe to news
(PresseBox) ( Kulmbach, 09-08-18 )
.
- Order in the amount of EUR 3.8 million successfully completed
- Only 6 months construction period for the 20 MW energy center
- Maintenance and remote control by AGO
- Expansion of operation in South Africa

Well-timed before the start of the football world cup 2010 in South Africa, AGO AG Energie + Anlagen (cusip number: A0LR41 / ISIN: DE000A0LR415)has completed and handed over the energy center for Heineken's new brewery near Johannesburg. The order value for this project amounted to about EUR 3.8 million. AGO AG as the technical general contractor was responsible for the design, delivery, assembly and commissioning of the energy center. The construction of the hot water plant with a total performance of 20 MW took AGO AG a period of just six months. Thus, the plant could be taken into operation according to plan in August this year.

AGO AG is also planned to take care of the hot water plant's maintenance and remote control. From this activity, the engineering company from Kulmbach is expecting proceeds with five-digit amounts.

The supply plant is fired with the primary energy source biogas which is provided for free by the in-house waste water plant. In order to balance peak loads, conventional energy sources such as natural gas and fuel oil are used. The brewery is planning to sell an annual beer amount of 2 million hectoliters.

"Since the foundation of AGO energy in Cape Town last year, we have been very active in the South African market. We are already negotiating intensively with further potential customers from this region and could make interesting contacts at a Trade Fair in July 2009. We were even mentioned in the local press. The number of negotiations and the great interest in the innovative technology used by AGO AG Energie + Anlagen confirm our aim, to determinedly keep establishing our activities in South Africa. With the implementation of energy projects in South Africa, we are planning to generate an annual total turnover of up to EUR 5.0 million, says Hans Ulrich Gruber, speaker of the Board of AGO AG Energie + Anlagen. "Due to the very successful project implementation in South Africa, we are additionally expecting followup orders from Heineken within Europe", says Gruber.

The company with company headquarters in Kulmbach which was founded in 1980 is a specialist in the area of innovative and efficient energy supply and facilities. AGO AG focuses on the three business segments project development and implementation, operation of facilities as well as service & consulting. The company's core competences are mainly biomass cogeneration plants, cogeneration plants, heat and refrigeration plants, trigeneration as well as contracting. Location studies /location development, energy efficiency consulting, raw material and fuel management as well as emissions trading round off the business model. AGO stands for efficiency, reliability and technological competence for your energy supply plants.