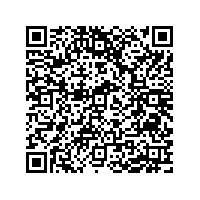 Subscribe to news
(PresseBox) ( Arbon Thurgau, 09-08-04 )
The international construction industry supplier AFG Arbonia-Forster-Holding AG, Arbon, had to book a decline in sales of 16.4% (adjusted for currency fluctuations -13.1%) to CHF 626.4 million. Operating result before special charges (EBIT) remained positive, with CHF 3.5 million. After almost completely writing off the goodwill for the U.K. company Aqualux in the amount of CHF 15.5 million, it came to CHF -12.0 million (previous year: CHF 37.8 million). EBITDA decreased to CHF 35.0 million (CHF 69.5 million), while a consolidated loss was posted for the first halfyear of CHF -23.3 million (CHF 19.1 million). "The results achieved fell short of our expectations," commented Edgar Oehler, Chairman of the Board of Directors and CEO, on the half-year result, "but they reflect the extraordinarily difficult market environment, which in particular our strongly export-oriented technology divisions were faced with."

The construction-oriented divisions proved then to be the main supports of AFG. These divisions performed differently individually, but overall managed to hold up satisfactorily against the very negative market influences. The programs of adapting structures and resources, which has been ongoing for over a year, will lead to a worldwide reduction in the workforce of 10% and to sustained annual cost savings of CHF 150 million. Despite the fact that the second half-year is traditionally stronger than the first, AFG does not expect to make up for the shortfall of the first half-year and is therefore announcing that a dividend distribution is not to be expected for the current financial year.

You can find more information in attached file!