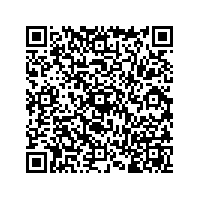 The HA7300 delivers high-speed, highly precise test temperature control with a proprietary technology that utilizes a heat or cold plate to control the temperature of the sensors under test. The new test cell also enables accurate application of two separate pressures within a short time, using a dedicated pressure controller and pressure application nozzle newly developed by Advantest. A maximum of 8 devices can be measured simultaneously, achieving unprecedented efficiency in the testing of these high-volume devices.

The HA7300 also dramatically reduces floor space, development, and production manufacturing costs, compared to existing test environments. These savings are achieved by utilizing a single test environment from design and characterization through to production test. The measurements are performed by Advantest’s EVA100 system which is an integral part of this low-cost test-cell solution.

The HA7300 is the successor to the HA7200, the temperature and pressure unit for in-vehicle pressure sensor test released by Advantest in 2015. The new test cell expands Advantest’s in-vehicle sensor test coverage and also contributes to improved automobile functionality through better testing.

Other important information:
2 pressures can be applied simultaneously

A world-class technology company, Advantest is a leading producer of automatic test equipment (ATE) for the semiconductor industry and a premier manufacturer of measuring instruments used in the design and production of electronic instruments and systems. Its leading-edge systems and products are integrated into the most advanced semiconductor production lines in the world. The company also focuses on R&D for emerging markets that benefit from advancements in nanotech and terahertz technologies, and has introduced multi-vision metrology scanning electron microscopes essential to photomask manufacturing, as well as groundbreaking 3D imaging and analysis tools. Founded in Tokyo in 1954, Advantest established its European subsidiary in 1983 and now has subsidiaries worldwide. More information is available at www.advantest.de.