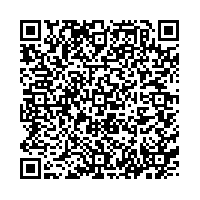 Subscribe to news
(PresseBox) ( Niederwangen, 08-11-19 )
Following the completion of the consultation phase, Adval Tech Holding Ltd has defined more specifically the restructuring steps for its subsidiary AWM Mold Tech Ltd in Muri, which were announced at the end of October. The company sees no alternative to reducing the workforce by 53 and issuing thereof 32 redundancy notices. As regards its annual results, the Adval Tech Group currently expects total income and profits to be lower than was foreseen at the end of August, when the semi-annual results were published.

At the end of October 2008 Adval Tech Holding Ltd announced plans to adjust production capacity at its subsidiary AWM Mold Tech Ltd in Muri to the substantially lower global market volume for production molds used in the manufacture of optical discs (CD, DVD, etc) and to reduce its workforce accordingly.As the global market leader, AWM is suffering severely from the structural slump in the market for optical discs. Following completion of the consultation phase, during which employees had the opportunity to submit proposals to management, the restructuring steps can be defined more specifically. AWM sees no alternative to reducing the workforce at its Muri site by 53 and issuing thereof 32 redundancy notices.

The assumptions made for the second half of the year when the semi-annual results were published have not materialized. In addition to the structural adjustment of capacity for producing molds used in the manufacture of optical discs, the economy related slump in the market affecting the automotive industry and various sectors of the consumer goods industry is also having a negative impact on the Adval Tech Group's sales and profit figures for 2008 as a whole. Wide fluctuations in exchange rates are also contributing to lower sales revenues and deteriorating margins. On a current view, therefore, the expectations expressed at the end of August in conjunction with the semi-annual figures can no longer be maintained. At that time Adval Tech foresaw total income for the year 2008 of CHF 430 to 445 million and EBIT for the second half of the year at a slightly higher level compared with the first six months. Reliable estimates of annual figures for 2008 are currently very difficult in light of the unpredictable situation in Adval Tech's target markets. It is unlikely that a net profit can be achieved.

Adval Tech is responding to the exceptional market conditions with a variety of measures. In addition to the restructuring steps with the unavoidable reduction in the workforce in Muri, a hiring freeze has been imposed throughout the group. Overtime is currently also been compensated and outstanding vacation entitlements reduced. Employment at the locations in China and Hungary has already been reduced by almost 200 jobs.

With these actions the Adval Tech Group is well prepared for the immediate future. The board and group management are convinced that the restructuring steps already initiated, together with the group's global presence and its systematic focus on selected segments in the three markets - automotive, medical technology and consumer goods - will pay off as soon as the overall economic outlook becomes brighter.

The Adval Tech Group is a leading global supplier of tools, special machinery, subassemblies, systems and volume components in the technology sectors of stamping and forming (metals) and injection molding (plastics). It is a supplier and value-adding partner for companies in selected industries where metal, plastic or composite components are manufactured and used in large volumes. Adval Tech covers the entire value chain: from product design and the development of volume components through design and production of the necessary molds and dies to complete manufacturing systems and the resulting production of components. The Adval Tech Group focuses on selected markets in the automotive, medical technology and consumer goods sectors. Adval Tech trades on the markets under the names of Styner+Bienz, QSCH, AWM, FOBOHA, Teuscher and Omni.