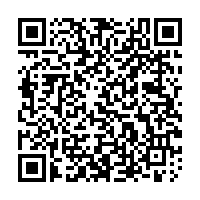 Wait till the midnight hour

(PresseBox) ( London, 10-11-10 )
Adfonic - the only European-based global mobile advertising marketplace - has revealed through its reporting of real time clicks within its marketplace that advertisers could be missing out on a growing mobile audience during the evening. Detailed hourly click patterns show that traffic starts to build from around 6.00pm and continues to rise throughout the evening before peaking at midnight. It also appears that the early morning offers potential for mobile advertisers, as an increasing number of people wake up and spend time surfing the net on their smartphones. Both of these peaks in smartphone traffic coincide with dips in online traffic, traditionally seen as dead times for online advertising, revealing a clear opportunity for advertisers to reach incremental audiences through mobile.

"Analysis of our data shows that among iPhone, iPad and other smartphone traffic, there is a growth in 'sofa' and 'bed' surfing as users switch from TV watching to mobile browsing in the commercial breaks or between programmes. Many seem to prefer their smartphone - to engage with social media or to download apps for example - to a good book when they go to bed," says Paul Childs, chief marketing officer at Adfonic.

The insights also highlighted that most smartphone users connect over wi-fi in the evenings rather than mobile broadband, which was reflected in the high level of app downloads. However, the same is not true during a smaller surfing peak through the morning commuter period, where app downloads are fewer due to the lack of a good connection.

"It appears that most brands are still missing a trick and are yet to tap into the full advertising potential of mobile," says Childs. "As people switch off from TV advertising and spend less of the evening in front of a PC, the smartphone and tablet devices like the iPad are becoming the mediums of choice for spontaneous internet access. They also open up exciting new opportunities to cross-link TV and online campaigns with mobile devices and content and the possibility to engage more effectively with consumers through richer mobile ad units."

Adfonic's powerful real-time reporting and analytics is also able to map clicks across the UK, and reveals that contrary to popular opinion, iPhone, Android and iPad penetration is not confined to the London area. Adfonic's figures show usage is now nationwide with heavy concentrations around all major urban conurbations.

"What is clear from this research is that smartphone and tablet devices are changing the habits of the digital audience," adds Childs. "As well as immediate and constant online access, they allow consumers to interact with brands in new ways that TV and laptops simply cannot compete with. The opportunity for advertisers to reach and engage with new audiences is huge and offers great potential for the mobile industry to leverage."

Having launched just over a year ago, Adfonic already has over 2,000 publishers within its network generating earnings from an average of 3,000 live ad campaigns per month including major advertiser brands such as Yell.com, Peugeot and Sky. The number of ad impressions served through its network is set to reach two billion per month over the next quarter.

Adfonic is the fastest growing global mobile advertising marketplace serving ads across 190 countries. Launched in July 2009 by three mobile industry veterans, Victor Malachard, Paul Childs and Wes Biggs, Adfonic is headquartered in London with operations in France and the USA. Adfonic enables advertisers to bid for display advertising space on mobile sites and applications and publishers to maximise the earning potential of their mobile traffic. To learn more, visit http://adfonic.com or blog at http://blog.adfonic.com.